What is Bixby? All you need to know about Samsung’s upcoming AI assistant

After the Samsung Note 7 fiasco, all eyes are on the company’s upcoming flagship Samsung Galaxy S8. The past few months have been tough on Samsung, as they dealt with the global recall of Note 7. In the end, despite their efforts they had to make the decision to discontinue the device. This was a major blow to Samsung and their shares and profits for the quarter were severely affected. Amidst all this chaos, the news of the upcoming S-series flagship device is just what we need.

Rumors and speculations about the upcoming Galaxy S8 have been making rounds for a couple of weeks. So, is Samsung all set to impress us with their new offering or have they lost their magic touch? Let’s have a look at the specs and features that will be a part of Galaxy S8. 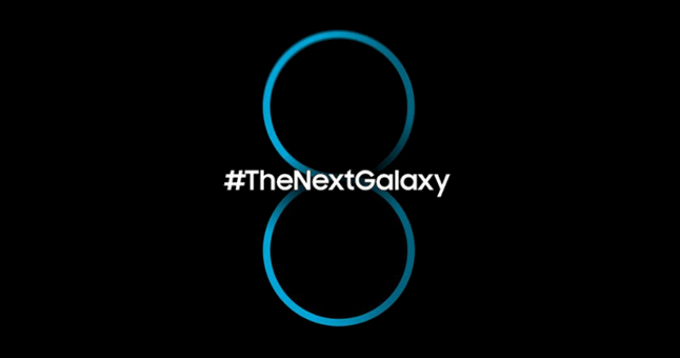 Latest reports out of China suggest that Samsung will be equipping Galaxy S8 with a 6GB RAM and 256 GB of internal storage. Sammy fans are going to be happy about this update. Some of them do not like the fact that Apple’s iPhone has a 256 GB variant and a Samsung smartphone doesn’t. Well they shouldn’t be bemoaning about the fact, as Samsung gives the option of expandable storage which Apple does not.  This is a positive development as the company has been sticking with the 4GB RAM and 32GB, 64GB and 128 GB options to date. We hope that with the increase in the internal storage to 256 GB does not in any way indicate that Samsung is getting rid of the MicroSD slot. They ditched this feature with Galaxy S6 and S6 Edge and people bashed them for it on all the forums.

Interesting updates about the Galaxy S8’s cameras are coming forth. The new update claims that Samsung will be giving its selfie shooter a much required upgrade. The front facing camera of Galaxy S8 will sport an autofocus feature. Samsung to date has not tinkered with the front facing camera, focusing their efforts on the main camera. The autofocus feature to date has not been introduced to the selfie shooter. This feature will improve the image quality by providing clarity and focus. We hope that along with the autofocus feature, Samsung will also consider bumping up the resolution of the front camera from 5MP to 8MP to give users that optimized photography experience.

It seems like Samsung will not be equipping Galaxy S8 with a dual lens camera as it was speculated earlier. With different companies like Apple, HTC and LG already making use of this feature, it was assumed that Samsung will also make use of this feature. The new information out suggests that the Korean tech giant may not do so. They will stick with a single main camera and work on improving its features. There are two other possibilities that can be considered on the onset of this update. One, most probably Samsung will go ahead with this feature for the Galaxy Note 8 and the subservient months will give them the time to work on research and work on it. Second, if the dual lens camera setup is introduced in Galaxy S8, only the larger variant which is tipped at 5.7″ inches will be equipped with it.

If you were looking forward to Galaxy S8 being equipped with a 4k display, then you are in for a disappointment. Latest news out confirms the fact that Samsung will not be using the much talked about 4k display for Galaxy S8, instead they will use of the 2k display for their flagship. Now some of you would be baffled over this update, why would Sammy not equip the Galaxy S8 that may very well be its saving grace after the Note 7 fiasco, an amazing feature.

It seems that the tech giant has been working on improving the Super AMOLED display and this time around they have used different materials. This will lead to an improved display, optimal battery time and increased service life. The ‘improved’ 2k Super AMOLED display will have 11,059,200 pixels along with the a Standard RGB arrangement. In comparison, Galaxy S7’s display has 7,372,800 pixels. Samsung definitely is focusing on improving quality of every feature instead of just amping things up.

Samsung is one of the companies that works on innovating their products. With Galaxy S8 they are following the same tradition as there is a lot at stake. The company cannot survive another blow to their already tarnished brand. One of the key aspects that the company is focusing on is the design of the device. Information making round in tech-town suggests that Samsung is working on bringing a full screen edge-to-edge display for Galaxy S8. That means that we will be looking at a design with a 90% screen to body ratio. 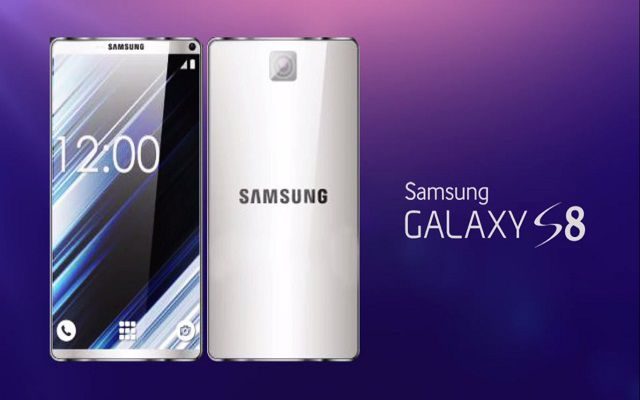 As far as the design philosophy goes, Samsung will go with the metal glass design for Galaxy S8. No changes are expected in this section as this features gives the device its premium, sleek look. Some of you would be speculating that after the exploding battery issue, maybe the Korean giant will bring back the option of a removable battery. You are in for a disappointment. Despite the issues with the Note 7 battery, Samsung will not bring back the removable battery option as it would mean that they will not be able to use the metal glass design. In addition it would not be water resistant. At a time where companies are pushing to make their devices water resistant, this will be a step back.

The Model Numbers and Display

Updates also suggest Samsung will be make the edge display a trademark for their S-series devices. So, with Galaxy S8, the company will not bring a flat screen variant as per their pattern for the past two years. This is a great initiative on the company’s part, as it will set their premium flagship device apart from every other line that they have out at the moment. This in no way indicates that Samsung will only be launching one device. There will be two Galaxy S8 variants which will come with the model number SM-G950 and SM-G955. The two variants will vary in their display size, having 5.1″ and 5.5″ display size. There are rumors that Samsung may increase the size of the display to court back angry Note 7 customers. There is a chance that the display size will be increased to 5.7″ or 6.2″. The 6.2″ display seems a stretch at the moment, but this is a potential possibility. Now let’s have a look what Samsung will be placing under the hood. The company will be making use of both the Exynos 8895 and Snapdragon 830 or 835 SoC for Galaxy S8. Both the chips have been produced using the 10 nm process. The Exynos 8895 will clock at 3 GHz which will help with faster image processing. ARM’s powerful Mali-G71 GPU will complement the used SoC. Mali-G71 uses the BitFrost infrastructure, that makes the chip powerful and 20% more energy efficient than its predecessor. A RAM of 6 GB could see the light of the day in the Galaxy S8. The combination of a powerful SoC and GPU is set to make Galaxy S8 a graphics powerhouse. This upgrade is in alignment with Samsung’s aim to make Gear VR mainstream. To achieve this target, the company will be introducing 4K UHD display. The content produced for the 4K display will make the Gear VR experience even more spectacular for the users. One of the reports suggests that the Galaxy S8 with a 5.5″/5.7″ inch variant will have the 4K display and the smaller variant will have the Quad HD display.

Samsung with Galaxy S7 introduced an impressive camera, will they be able to achieve the same with Galaxy S8? With a lot at stake, the company will not take a risk with their winning formula. A 12 MP main camera will adorn the Galaxy S8, just like it did with Galaxy S7. The rumors about Samsung using a 30 MP main camera for their upcoming flagship should be taken with a grain of salt. With Galaxy S7, the company switched to a 12 MP camera from a 16 MP camera used in Galaxy S6. They improved the camera features instead of focusing on increasing the camera pixels. As a result Galaxy S7 came with an impeccable camera feature. Samsung will follow similar suit with Galaxy S8 and may even introduce the dual camera feature as they filed a patent for a dual camera in September. If the Korean giant equips the Galaxy S8 with a dual camera, the main sensor will be 12 MP and the secondary sensor will be 13 MP which will improve the image quality and better depth of field. The selfie shooter will be getting a much needed upgrade from 5MP to 8MP.

AI Assistant in the Galaxy S8

Well, the tale doesn’t just stop here, the Korean giant is working on a major ‘hardware revamp’ by introducing their own AI (artificial intelligence) assistant. The have filed a patent by the name of Bixby for their AI. They recently acquired Viv Labs Inc, which produced the Siri, the AI assistant used by iPhone. With other companies working on making technology smarter, Samsung is joining the bandwagon quite late. But better late than never. The successful integration of the AI feature will prove to the critics that Samsung is still in the game, innovating and producing some exceptional tech products. Additionally, the developers are working on adding a button dedicated for the AI, which will launch the assistant directly. As far as the release dates go, there is a chance that Samsung will be unveiling the new Galaxy S8 on 27th February at the MWC 2017. Some industry experts said that maybe Samsung will push the timeline and launch it earlier. But new reports suggest instead of an earlier release, the company will unveil the device around April. As right now they are working on testing different aspects of the device. We don’t think so that Samsung will delay the launch of Galaxy S8 and push it to April, MWC or the first half of March are the most probable launch dates. Delaying the launch till April would also mean that Samsung will lose more of its market share for high end smartphones to competitors like Apple and Google. Let’s see how Samsung plays its cards and hedges its bets.

All in all, Galaxy S8 sounds to be a promising device. Is Samsung works on ensuring that each and every feature of the device is perfect, than it has a chance of making a strong comeback. For this the R&D department, needs to test each and every aspect of the device and anticipate what could go wrong as the company cannot afford another blow to their flagship.