What is a VPN and why do you need one?

Now that we are in the year 2020, the governments, ISPs and the institutions are focusing more on web security. As a part of security, they block access to certain websites and applications. Some countries do it to block access to the content which is against their cultural and religious values.

Youtube and Facebook are the two most popular websites that were blocked in a number of countries because of the published content. It’s not only the countries and institutions that keep their users from viewing the content, sometimes, but an application or website itself also doesn’t want to appear in some countries, or it only wants to appear inside only one single country. The best example in this regard is Spotify. Users in the United States and some other related countries can access Spotify, but if you want to access it from a country like Pakistan, you will not be able to do so.

Universities, colleges, and other education institutes often ban access to social media websites. This is done in order to keep their students from wasting time online. In your college/university, you must have noted that you are unable to open a website like Twitter, Facebook, or you are simply unable to use Instagram or Snapchat on your phone when connected to the internet through your college.

Internet’s most basic use for the masses today is access to information and content. Having any kind of limitations on over your internet access doesn’t seem to be a good idea anymore. An average internet user today wants to have freedom of choice. It should totally be the user’s choice what content he wants to see and what he doesn’t.

This is where the VPN applications land in the scene. The term, which stands for Virtual Private Network, intelligently masks your IP address with another IP which bypasses all the geological and other restrictions set over your internet connection. Right now, there are a plethora of VPN applications available for almost all the operating systems. It is no longer an issue to view your desired content anymore.

Another popular use of VPN apps is anonymity. These applications completely hide your identity when you are connected. This means your government or your ISP both cannot access your personal data. Usually, when you are using the internet, there are various parties that can intercept your personal data. The VPN apps make you anonymous on the internet hiding all of your details.

In case you are wondering how a VPN application works, let’s understand that. The VPN companies behind the applications have their servers in different countries. These companies often use countries like the United States, the North American region, Canada, Germany, Italy, Netherlands etc for their servers. When a user installs a VPN application, he is presented by a menu to connect to the internet. A list of countries appears on the screen. Users just have to select the country and their IP address is masked by the IP address of the location that they selected in the application. 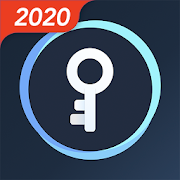