Best Free Survival Games: Survival games for Android are the new hot trend right now. It all started with the game Last Day on Earth: Survival. This game set the base for a whole platoon of new Survival games. The primary goal in all these games is to survive and be the last man standing. All these games have something similar between them. The only area where survival games differ from each other is the graphics department or the environment where the players are trying hard to survive. Every time a new survival game came out, we only saw improvements. There’s still a lot of room for improvement in this genre of games, but for now, we have quite a handsome set of games to play. We have tried to list all the best free Survival games for Android you can play right now. Let’s go down the list and help you pick up a game that won’t make you feel bored at all.

The neat game is developed by Kefir. Last Day On Earth: Survival is the one that formed a base for all the new survival games that we have around now. Last Day On Earth: Survival is the most impeccable survival game that you can play at the moment. The concept of this game is exactly as its name. It’s your last day on earth and you have to survive now. Every single thing around is portraying destruction. You are left all alone on the ground. Now you have to start picking up the tools to build everything from scratch. Craft weapons first of all to hunt the animals. You will use these animals as your food in the game. All this chaos has been created by Zombies. A zombie-virus has spread all around which is turning all the human beings into zombies. You have to prepare your gear to fight these zombies now. If the zombies somehow manage to bite you, you will become one of them. There is no love, no friendship and no kindness left around. Craft all the goods you need to survive. Travel through all the maps given in this game to wipe off the zombies to make this planet a peaceful place once again. Last Day On Earth: Survival has certainly impressive graphics. This is the most appropriate survival game that you can play for hours without being bored.

Last Day on Earth Survival for PC – Windows and Mac

Right now, this is the game rocking the top charts of the Google Play Store and also the App Store. Rules of Survival is quite different from Last Day On Earth: Survival. In this game, players make a landing on a lonely island through a parachute. Over a 100 people make a landing on the ground altogether. All these people have only one mission that is to survive somehow. The moment you hit the ground, you have to start looking for a place to hide. Once you have a safe place to save yourself from others, you can start working on your gear which includes everything you need to survive and defend yourself. Players can either fight alone or form a team of up to 4 members. There are spare vehicles lying around that you can grab to boost up your mission. It looks like the developer of Rules of Survival is trying to avail the opportunity out of a hot trend of the Survival games here. Knives Out belong to NetEase as well. The game offers absolutely nothing different from Rules of Survival. The only difference is in the way NetEase has explained this game. Players make a landing on a 6.4 square kilometre mobile area. Over 100 players land on the ground and only 1 is going to survive. Survivors have become warriors here. Prove that you are the ultimate warrior and only you deserve to walk out alive. The rest is all same as per the games described above. Free Fire Battlegrounds also came immediately the trend of survival games kickstarted. This game is also similar to the ones that we described above. Players make a landing on a remote island. Only 30 players land together and only one is going to be the survivor. If you don’t like playing such a game with over a 100 players, you can opt for Free Fire Battlegrounds since there are only 30 fighters. Players can grab a vehicle to bolster their gameplay. Find weapons and a place to hide first. Players are free to move in any direction in the game and do anything. There are no limits and boundaries in Free Fire Battlegrounds. The game also flaunts impressive graphics.

Download Free Fire Battlegrounds for PC on Windows and Mac 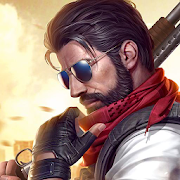 That’s all from our survival games list for now. The basic purpose of this post was to put together the most popular survival games for Android which also happen to be free. If you have something to suggest that we can add to this list, you are more than welcome to drop the idea in the comment box below.