Learn about the best working Harry Potter Wizards Unite Location Hack for iOS devices. This works for both iPad and iPhone. In this particular guide, we’re going to use iPotter to get Fake GPS Location on Wizards Unite. It is by far the most efficient and reliable solution.

Augmented Reality games are a blend of mobile gaming and real-life world exploration. It turns the world around you into a fantasy world. Mobile screen is the only lense through which you can experience this amazing world.

In order to play this game, players need to turn on GPS location and then walk around to find rare items, challenges and magical locations. This includes the likes of inns, fortresses, greenhouses etc. Moreover, explore the city to farm XP, unlock portkeys and capturing confoundables.

You get the gist of it, right? HPWU encourages its players to walk around in the city and make gaming healthy again! It is one of the most innovative concepts and it first broke out with Pokemon Go few years back. It’s a fresh start and this time Harry Potter nerds can have a go at it.

The only limitation while playing it is the driving. It does not allow players to gain any form of XP when driving. This is implemented so that players don’t get distracted while driving and get into accidents. Therefore, as soon as the movement speed goes beyond a certain limit, it warns players to stop driving and get on foot again.

In order to understand this, you need to know a simple concept. When GPS is turned on, the device continuously updates your current coordinates. HPWU, in this instance, gets those location coordinates. These coordinates move the in-game character on map shown on phone. You’ll notice that whenever you move in real-world, your mini wizard avatar inside the game moves as well.

What iPotter does is that it inputs Fake GPS location coordinates to the iOS device. Therefore, game thinks that you’re actually moving in real-world. This is also called location spoofing.

This is an added tool to make the Harry Potter Wizards Unite fake Location hack even easier. If you turn on the iOS Joystick inside iPotter’s settings, it adds a analog-like joystick on-screen. Now, when you move the joystick, it changes GPS coordinates depending on your moving location. The joystick then feeds those coordinates to game. Finally, the character starts moving inside map. This turns the AR game into a regular game with movement joystick.

The best part is that you can actually change movement speed. Tune it up to 2x or 4x. It really helps, trust me!

Another cool feature is teleporter. Since we are using Fake GPS for Harry Potter Wizards Unite already, why not take it a step further! Whenever starting to play the game, drop the pin on the point from where you want to start walking actually. It could be near a fortress or inn that you know about. Similarly, use Teleport function to jump from one location to another instantly.

WARNING: We’d like to inform you that location spoofing is not encouraged by the game developer. Those who are caught may get banned for a week initially. Repeated use may result into permanent ban. Therefore, always use it with care. Finally, we are not responsible if something goes wrong!

This a step-by-step guide (with pictures) to help you understand everything clearly. Read each step carefully.

This is a cool option. We can play Harry Potter WU without moving. All sounds fun but this game is not meant to make you sit inside a room for hours. Use this cheat only to do some cumbersome tasks. Otherwise, make a group of friends and go out to enjoy it the way it’s meant to be. Best of luck! 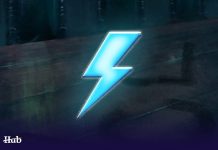 How to install ReProvision to SIGN Unc0ver 5.2.0 iOS 13.5 Jailbreak