One of the most disappointing things to happen while playing this game is when you run out of Spell Energy. HPWU players may run out of it when trying to defeat a rare creature or confoundable. This not only results in loss of all of previously stored energy but you also lose the chance to capture that rare item. Consequently, players lose both spell energy and not gain any XP either.

Note that even if a spell fails and the counfoundable resists it, energy is still used. Therefore, making HPWU Spell Energy one of the most valuable resources to look out for.

In this guide, we go through several points on how to save and get more spell energy in Harry Potter Wizards Unite. You’d never have a Spell Energy shortage. In addition to this, there are some useful tips to manage the existing resources.

How to get Spell Energy in HPWU

Lets get some basic facts out of the way first. The most important being, Spell Energy does not regenerate automatically. Once you’ve lost some, it won’t fill up itself. Therefore, no one can just keep the game on and farm Spell Energy without doing anything. It does not work like that.

Secondly, each trace / spell uses 1 spell energy point. Initially, the bar is set at max limit of 75. However, you can increase the limit over time. Moreover, it does not matter if your spell or magic is successful or fails. Either way, it’d irreversibly use up the spell energy.

We listed the best sources of Spell Energy in Harry Potter Wizards Unite world below. Go through these one by one and see whichever is best option for you.

Get 3-10 Spell Energy from Inns

When someone wants to replenish their energy and feel fresh again, where do they go in wizarding world? Yes, you guessed it right. The inns of Harry Potter Universe are there for wizards to sit in and just chill. The game developer, very cleverly, also made it the place that recharges Spell Energy. And you don’t really have to do anything special about it either.

In order to get Spell Energy from a HPWU Inn, just visit it. You can see the tiny hut on game map. Tap on it to enter one. Once you’ve entered it, you’d get anywhere between 3-10 spell energy. The amount is not always same. You may sometimes get lucky and get 10 Spell Energy from inn or just get a mere 3. Anyways, it is the best free source of Spell Energy in Harry Potter Wizards Unite.

There’s a catch though! Once you’ve visited an inn, it won’t give off more spell energy for 5 minutes. This is the cooldown time basically. Everytime you visit an inn, smoke will start coming out of it. As long as this smoke continues, it means that you won’t get any spell energy by entering that inn specifically.

This small break is there to encourage players to keep walking to new areas and avoid farming energy from just one inn.

Get 10 Spell Energy from Daily Tasks

Almost every video game now comes with daily login rewards. Every new day login comes with a list of new tasks. One of these tasks gives off 10 Spell Energy. This is a good way to start the day. Therefore, whatever you do, always complete the spell Energy task in Harry Potter Wizards Unite first.

The rewards from greenhouses are random. It mostly gives off potion ingredients. However, sometimes they spill out 4 Spell Energy points as well. This could be really useful.

When you’re walking down the streets looking for traces, foundables and what not, also be on the lookout for inns and greenhouses. The more places you visit, better the Spell Energy inventory will be. It helps you stay in shape for when a powerful and rare item pops up. Since is highly impossible to defeat powerful counfoundable in one go, therefore, try and save more spell energy for such encounters. Since it is such a limited resource, therefore you must learn how to never run out of Spell Energy. It’s shortage really hits you when a rare counfoundable shows up and you don’t have enough juice to fight it. Moreover, you may run out of spell energy during a wizarding competition, spell tracing or something else even more important.

In order to keep it all in check, avoid tacking common confoundables and traces just for XP. Especially, if you are aware of how often they appear on map. Always try to keep at least 20 Spell Energy as a reserve for unexpected fights and challenges. 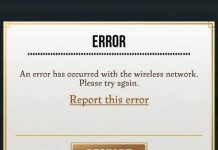