The year 2018 was full of survival games. We saw some great games like PUBG Mobile, Rules of Survival, and Fortnite. We saw the same concept getting repeated every now and then with new aesthetics and cosmetics. This time, we have a new game that looks inspired by the graphics of Fortnite, but its concept is a lot different. This new game is named as MaskGun Multiplayer FPS. MaskGun is a multiplayer online shooter game. The game has become popular in a very short span of time. There are a few reasons why this game has reached the top charts. Let us look into those reasons now.

MaskGun Multiplayer FPS is the most straightforward FPS game you will ever come across. There are no confusions and complexities involved with this game. No, the players do not jump off from a plane in this game. Players make their way to the battlefield full of opponents. Players have multiple choices in this game. Either they can play the game to take on their enemies all alone or they can join their friends to form a team. There is also an option to make clans in this game.

MaskGun consists of three modes. Players will have the DeathMatch, Team DeathMatch, and the Bomb Defusal Modes. There are five maps in this game in total. These maps include the Diwali Yard, GhostTown, Lighthouse, and the Ryokan. The choice of game mode and map is completely up to the players.

Players have to follow the no-mercy rules in this game. They cannot spare anyone around. The moment you see the opponent, pull your gun out and kill him. The opponents will be highlighted by a red outline. You have a variety of weapons, and also a lot of explosives too. For example, you can throw the hand grenades to kill a handful of your enemies.

There is no lifetime or energy system in this game. Your character will not die unless you let it die deliberately. You can play this game for as long as you want. You can break into the buildings, collect items, add to your inventory, and utilize all the resources. Get a vehicle and drive around the map in any direction you want. This is a completely free to play game. There are some IAPs, but those are totally up to you.

This game is beautifully crafted to please the eyes of its players. The 3D grahpics definitely enhance the experience. The game is built to run smoothly on devices with a slightly older hardware. The quality of this game is good enough to call it a console-quality game. This is the very reason why we are interested in running this game on the computers. Head over to the steps below to download MaskGun Multiplayer FPS for PC.

MaskGun is built for Android and iOS platforms only. There is no desktop version of this game. The game has attracted enough of the masses to raise a demand for its PC version, but there hasn’t been any sign of any such thing yet. If you still wish to play MaskGun on your computer, you will have to opt for a trick. Since there is an Android version of this game, and Android can be easily emulated on Windows and Mac, it means you can definitely run this game on your computer too. For this, you need a best lightweight Android emulator. The best choices are the BlueStacks 4 and the Nox Player. As you move further, you will find the steps to download MaskGun Multiplayer FPS for PC. All you have to do is to follow the steps carefully.

These are the steps to download and install MaskGun Multiplayer FPS for PC on Windows 7/8/10 and Mac. 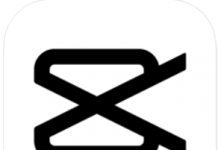 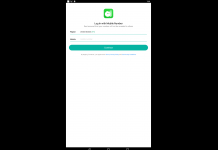