UI Changes in the BlueStacks 4

In the Settings of the emulator, you can find the options to change wallpaper and the skins. The wallpapers feature is premium. If you happen to be an avid BlueStacks user, you may consider investing a few bucks in order to get the wallpaper feature. There are 3 skins that are available for free, but you will have to redeem those skins. 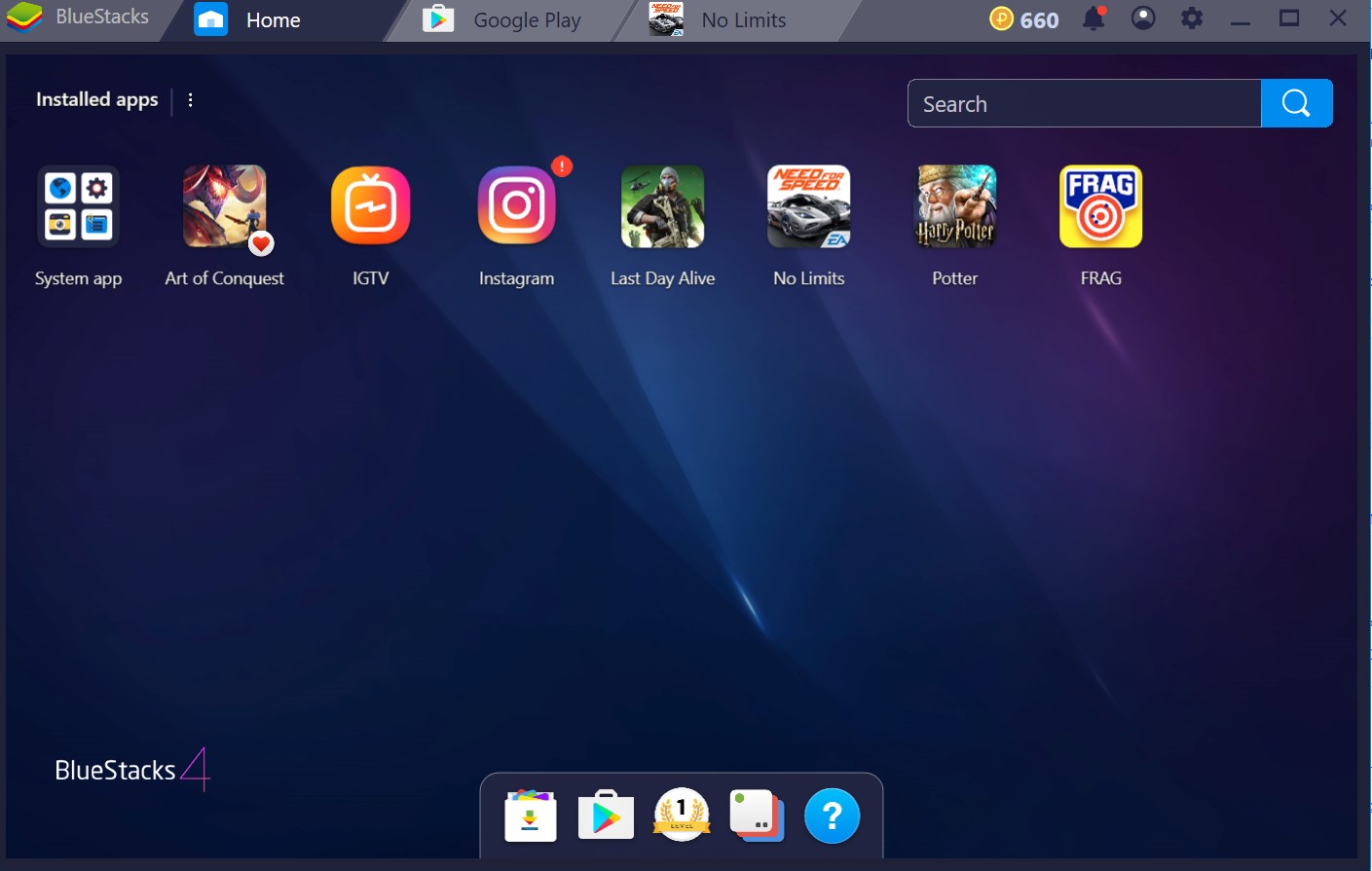 All the enhancements in BlueStacks 4: To give the BlueStacks 4 a run, I installed the Tekken on it. By default, you have to use your mouse to swipe on the screen or to perform any action in the game. However, with the new keymapping, it was really easy for me to set up all the controls. I mapped the keys to work with Tekken and played the game just like I’d play on a console. The graphics of this game are quite impressive so they did not disappoint me on the BlueStacks 4. I also tried playing PUBG Mobile on the emulator and found it running flawlessly. If BlueStacks supports Fortnite for Android as it comes out, it will definitely run impressively on this emulator.

BlueStacks has been around for last 8 years. The BlueStacks, initially, was not a very solid Android Emulator. It also faced a lot of competition from the Android Emulators like the Andy Android Emulator, NoxPlayer, MEmu, KO Player, and others. The only thing that resulted in the popularity of BlueStacks is the way it extemporized over the course of the past couple of years.

This shows how consistent the team has been in keeping the BlueStacks up to the mark. The emulator which consumed a lot of resources of a computer back in the day now works utilizing the least amount of resources. Where BlueStacks 4 comes with a performance boost, it also puts the least amount of load on your computer. BlueStacks 4 has been designed to give you the best possible performance with the games like PUBG Mobile, Fortnite, Asphalt 9, and all other such popular games.

BlueStacks 4 is now up for the grabs. Following are the system requirements for BlueStacks 4.