Microsoft seems to be pretty active towards its way to take over Android smartphones. Microsoft’s most recent step was the introduction its Arrow Launcher in the Google Play Store. Arrow Launcher is the all new Android launcher that makes your phone look pretty cool. The launcher has a pretty simply and user friendly UI which makes it very easy to switch between different screens i.e. applications, recent and others. Arrow manages your preferences for you, it learns from your everyday use and keeps your recent stuff on the front. One of the things that attracted me the most was almost no complexity. Unlike other launchers, Arrow doesn’t get you confused between the options. The launcher does contain a plethora of features, but the features won’t get you caught in a confusion. There is a pull-up panel, that comes up by simply swiping the  thumb upside from the launcher’s home button. Arrow launcher is highly custoimzable. The elegance and smooth performance is going to enhance your Android experience. The launcher comes with a bunch of beautiful wallpapers. 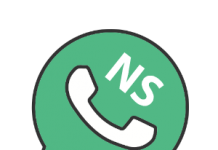