The chronicles of Facebook is no longer a secret to today’s world. Mark Zuckerberg led a foundation of an absolutely perfect social networking site back in 2004. It is an awesome platform to connect with people all around the globe with whom you have a probability of meeting even less than the probability of getting struck by lightning, fascinating, isn’t it? Facebook has been a stepping stone for many major events, starting from presidential elections to signing an inevitable petition. No matter where you are you will feel connected. However, the developers unfold a new version of this remarkable application called ‘Facebook Lite’. 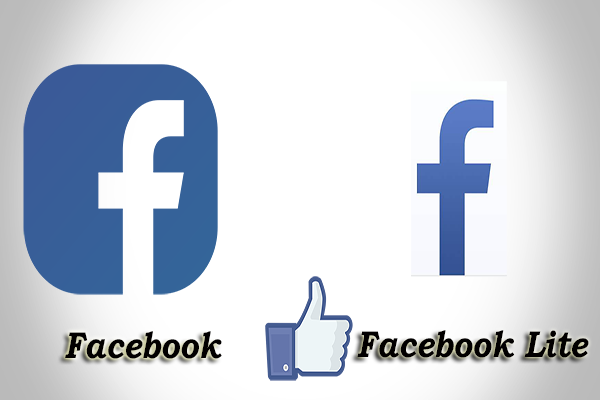 Now let’s grab a quick tour on how these two applications apart from being developed from a single source are different from each other.

Since Facebook has been in action for such a long time so back then not everyone could afford phones with high-end specifications and most of them are still in use. So the consumption of RAM is something that can’t be ignored.

The main application uses about 150MB to 300MB of the temporary memory, it might not seems much as a whole but for a single app is considerable. Now the facebook comes to the picture, which uses less than 150MB of the total memory.

The main application consumes more space and that forces you to download the updates every other day, that may lead to consuming 40 to 35 MB of data. Which you won’t be bothered about in lite

The main application can be a battery hawk when it comes to power consumption. The lite version consumes much much less power than the actual version as it is not bloated with a hell lot of unnecessary features which are discussed further.

You may or may not find any larger differences between the two applications. But when taken a closer look, lite seems to have comparatively small-sized text and is kept aside of animations and has a smooth function.

As everything comes with a price, facebook lite is anchored with few drawbacks too. Out of which is the layout. It looks grainy and old fashioned. On the scale of multimedia resolution when both the versions are compared, lite looks grainy. It’s like two videos games of high and low graphics content and detailing.

The main app can really be evil in this part. As it forces you to download messenger externally in order to access the chat feature. But in the lite version, it has the in-built messenger feature that allows you to chat with your friends without any further download.

But stickers aren’t supported in lite, unfortunately, which is a key point of the main application. You may use emoticons but via symbols and your creativity.

As innovations are the key to development, so the developers were talented enough to invent such type of version which has more advantages than cons and is able to process data much faster than the original app. To conclude, it’s an exceptional app to opt for favorable circumstances.