This article goes through this process with the help of a third-party package installer. It is known as Google Installer 3.0 (formerly 2.0). In order to activate some backend Google services, users are required to install GMSanzhuangqi first. All of these files with installation steps are mentioned below.

What is Google Installer?

The main applications by Google do not work properly if you just install their regular APKs. All Google Apps require some backend services to be installed beforehand. This includes Google Play services and few other. Therefore, in order to save an average user from the hassle of finding all necessary apps and installing one by one, Google Installer provides an all-in-one solution. It installs the following apps:

These are the most basic apps that set up the Google Play Store on Chinese Huawei Android phones. Moreover, this works for brands like ZTE, Xiaomi, Oppo, Vivo, Coolpad, Chuwi, Lenovo, Cube, Teclast, Onda, PiPo, Ployer and OnePlus. There are a certain number of other brands that do not come with Google services pre-installed. This guide caters to all of these devices.

How does Google Installer work?

The basic motivation behind Google Installer is to make it easy setting up Play Store and basic services on Chinese Android phones and tablets. When anyone installs Google Installer APK on their device, it prompts with basic message and introduction of the app. Let us take a deeper look at it and how it works.

It is no secret that China is always taking steps to make sure that the entire internet traffic in this country is censored. The most prominent policy in this regard is “China’s Great Firewall”. This protocol keeps working to ensure that major services like Google, Facebook, WhatsApp, Skype, and others stay blocked. The main reason is that Govt wants to intercept entire traffic in and out of the country. And these companies do not comply with their policies.

Over the past few years, people have started believing that Android requires Google. However, this is not entirely true. Android is an open-source OS which was acquired by Google. Actually, it is still an open-source project but Google has integrated lot of its core apps and services with it. Therefore, when using Android without these apps, it feels quite useless. I mean, come on, Play Store has over 30 Million Apps. Android seems lifeless without it.

Now, one may assume that they can just go on and install Play Store APK. However, it is not possible. These apps require specific backend framework to work. Since it is quite hectic to find all the right apps and install incorrect order, Google Installer does that for you. It packages all the required apps to run Play Store on Chinese phones and installs them in a specific order. At the end of the process, it is ready to use.

Note that, even if someone installs Play Store in China, they cannot use it without VPN. Check out the guide below and learn how to use it inside China without restrictions.

Read: Best VPNs to use Play Store inside China

Now that we have this discussion out of the way, let’s move on to the installation process.

That’s pretty much it! Make sure to follow all the steps mentioned here carefully. Note that these steps are for installing Google Apps (Play Store etc) on Chinese Android Phones only. Whether the device came from China or it is just from one of these manufacturers. 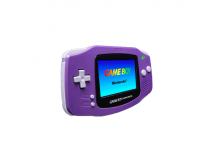