Misc Sony rolls out invitations for its MWC 2017 event

Sony has just confirmed its presence for the Mobile World Congress 2017 which will officially start from 27th February. The company has started sending out invitation for their press event which will be held on 27th February. Mobile World Congress is the biggest mobile exhibition where companies showcase their best products. Companies also use the platform to unveil their devices for the year and this year will be no different. 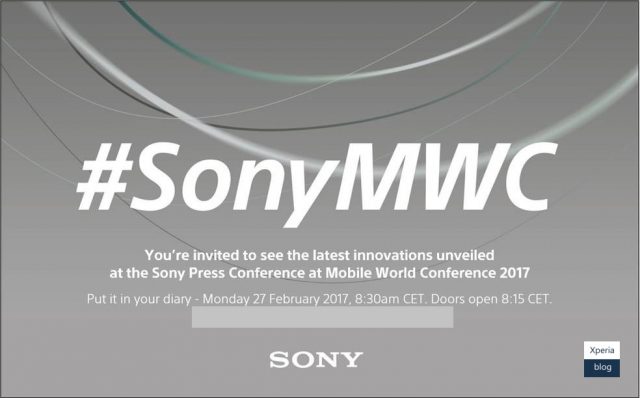 Sony is expected to unveil a few smartphones at the event. As of yet the rumors hint to two high end Sony G3221, G3312 and the mid-range successor to the Sony Xperia XA.  Both the Sony G3221 and G3112 will be equipped with the MediaTek Helio P20 SoC which has been produced using the 16mm process. This method will ensure that the processing speeds up along with visible enhancements in the image quality for both the pictures and the video. The G3221 will have a 4GB RAM, 64GB ROM and a Full HD display. While the G3112 will have a 720 pixel display instead.

Along with these devices it is expected that we may see the successor of the Sony Xperia XA at the event too. As Xperia XA was launched last year at the MWC, there are strong chance that the next generation device will also be unveiled. Its leaked renders do hint that the device is in the works but we don’t have any official conformation. Well MWC is gearing up to be one spectacular event and we cannot wait to see what Sony has in store for us.