Galaxy S10 Plus comes with a brand new design language. This is Samsung’s first ever flagship phone to have a punch-hole camera on the front. Galaxy S10 Plus’s aspect ratio is 19:9 with the help of the punch-hole camera. This phone comes with a triple-camera module at the back which is also a first for a flagship Samsung smartphone. The phone looks incredible and it’s loaded with the features which will set new goals in the tech industry. The industry-altering smartphone deserves a lot of appreciation. Take a look at the Galaxy S10 Plus specifications and then learn about Samsung Galaxy S10 Plus Top Ten Features.

Samsung has been marketing its Dynamic AMOLED infinity -O displays for quite a while. The displays are finally out on the Galaxy S10 series. The Galaxy S10 6.4-inch Dynamic AMOLED Display is HDR10+ compliant. This screen uses Dynamic Tone Mapping to enhance the contrast and colors on your phone’s screen. It also automatically enhances colors when you are watching movies. To reduce the eye strain, the Galaxy S10 Plus’s display reduces blue light by 42%.

Galaxy S10 Plus comes with a 16 megapixel Ultrawide shooter at the back. This third shooter on the phone is to give you extra field of view while capturing a picture. Whether you are shooting landscapes or shooting a group of people, this mode is going to come in handy. Samsung has introduced this lens on its smartphones before, but for a flagship phone like Galaxy S10 Plus, this is the first time.

Galaxy S10 Plus is the first ever smartphone in the world to have an fingerprint reader. This fingerprint reader is way different from an optical reader. scanner is a 3D scanner while the optical scanner is 2D. The Ultrasonic reader uses high-frequency ultrasonic sound waves to map out a user’s fingerprints on the phone’s screen. These sounds are not audible for a user, however they are in the play.

You heard it right. The 4K recording capability in the front cameras of a smartphone is here. The Galaxy S10 Plus is the phone to have this feature. The dual front cameras on the phone are there to give you better selfies with the help of 10MP standard shooter and an 8MP depth sensor. You can now film yourself in 4K with these cameras.

The power sharing feature is there to let you share the battery juice of your S10 Plus with another phone. The other phone must support wireless charging to use this feature of the Galaxy S10 Plus. Samsung has set a limit on this feature. When the Galaxy S10 Plus’s battery drops to 30%, the power sharing feature stops working. It also makes sense since you have to keep your device alive at priority one.

The world’s first phone to support WiFi 6 is the Galaxy S10 Plus. This new WiFi is there to enhance the WiFi connectivity and also boost the WiFi speed. WiFi 6 bumps the bumps the speed from 3.5 Gbps of WiFi 5 to 9.6 Gbps. While it doesn’t make much of a difference in real world right now, it’s going to be useful in the future when we have blazing fast internet. Another feature of WiFi 6 is to ease the strain of a WiFi router when there is congestion going on. WiFi 6 lays off the router’s load when there’s a plethora of devices connected to the same network.

Galaxy S10 Plus has a variant with 1TB of internal storage and 12GB RAM. This phone also supports a microSD card. It means if you add a card of 500 GB, you will end up having 1.5TB of total storage. I’m sure you haven’t seen a smartphone with this amount of storage so far. The Galaxy S10 Plus does it and it’s going to push other phone makers to hit these benchmarks too.

Galaxy S10 Plus AI App feature. This feature records the patterns of your app usage on the Galaxy S10 Plus. After learning about your usage, it launches a certain application at a certain time of before you start using it. This is done in order to make the processes swift. This is a feature of Android Dashboard and it was supposed to be inside the Android Pie originally. The Galaxy S10 Plus renames this feature as AI App Prediction.

While companies like HTC have gone ahead to making a dedicated cryptocurrency-friendly smartphone, Samsung chose to bring the most-wanted cryptocurrency feature to its flagship. Galaxy S10 series comes with an inbuilt cryptocurrency wallet. This is a cold storage wallet and it isn’t connected to the internet. It means that you can fully trust this wallet with all of your important coins.

Those are the best features I could see in the Galaxy S10 Plus. If you have any other feature to add to this list, feel free to drop it below in the comments section. Don’t forget to let us know about your favorite feature of the Galaxy S10 Plus? Are you planning to get this phone? Find out which Galaxy S10 Plus model number is compatible with your region. 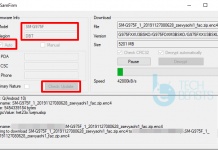