App Store is the best mobile marketplace for games and apps. Yes, Play Store is a huge competition but it gets a lot of fake and potentially dangerous apps. On the other hand, App Store implements strict code of quality and security over any app uploaded here. Therefore, it is the best resource for getting the assurity of quality apps and games.

The primary use case for getting an iOS emulator on Windows PC is to test apps. Yes, most iOS developers developer their apps on MacBooks but not everyone. React developers, or even ASP developers may cook up iPhone apps and games on Windows machines. In such a case, there is no go-to tool for devs. Therefore, the list below is bound to help out a lot of folks out there. When it comes to popularity, iPadian is definitely one of the most famous and downloaded iOS emulator specifically developed for Windows. It works with Windows 7, Windows 8.1 and Windows 10. Therefore, most of users are definitely set with good enough system to try it out.

Unlike the previous option, Appetize.io is actually one of web based iOS simulators. It also contains a segment dedicated for Android apps testing. This particular option makes it one of best options to test out cross-platform apps. It works not only on Windows computers, but on mobile browsers as well. I’m one of those people who used Xamarin to develop cross-platform apps in the past. However, it is a real pain when it comes to testing or even deploying iOS apps. Note that this particular option won’t run apps on your PC. Rather, it is a workflow that allow users to upload the app as beta testing on App Store and then let selected people use it on their iPhones and iPads.

This is another tool developed by Visual Studio team. Xamarin users are free to use it for testing and simulate their apps as they develop. And yes, it actually runs apps on a Windows system. You can use the app screen just like an iPhone or iPad. It is best suited for simulating the apps during coding phase. Our fifth pick for iOS emulators is an enterprise one. Therefore, it may not come at a very affordable price for individuals. However, its main advantage is that devs use it for testing apps in the cloud. No specific physical hardware is required. All we need is to upload the code to cloud server and then test it via a good internet connection.

All the readers should understand that there is no perfect emulator for iOS on Windows. If you’re looking for an iOS emulator that works like Bluestacks (for Android), then it’s not the case. The closest we can get is with iPadian which itself comes with limited number of apps. The main reason for this is closed off OS that iOS is. Unlike Android, there is no such all-out open source kit. Therefore, the options on Windows are really limited. Except for iPadian, all are only good for testing and coding.

The best way to emulator iPhone apps on a PC is via XCode hands down! It is fully compatible but it works with Mac OS only. We conclude our list on this note. Feel free to leave your feedback and thoughts in comments below. 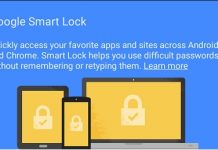 Parler for PC- How to use free on Windows 10, Mac