Samsung brought up its flagship device Galaxy S IV in March, 2013 in order to take the lead over its rivals HTC One, Xperia Z and some others. Samsung’s first device to occupy an Octa Core processor, and also Full HD display was the Galaxy S IV. Though Samsung was criticized over using the plastic material to build the phone’s body, but the phone somehow took the lead in markets because of its mighty features and the beautiful display.

While all other Smartphone Giants brought up their phones for the year 2013, Google was left behind with its flagship device after the Nexus 4 by LG. Nexus 5 has been launched recently, once again by the manufacturer of its predecessor LG. Along with the Nexus 5 Google has also brought up the new version of Android, the all new Android KitKat that is Android 4.4.

Nexus 5, is a true competitor to Samsung’s flagship, the Galaxy S IV in most of the terms. While you continue reading this post, we will be comparing both the phones on the basis of specifications and the hefty features.

To begin with, we’ll first take a look at the dimensions of both the devices.

Samsung Galaxy S IV is made using a plastic material while the sides are made up of rugged aluminium. The build quality is what Samsung has been criticized for since years now. Samsung has used the same shape as S III keeping the edges curved, but it’s a little more squared now. The dimensions of Galaxy S IV are 136.6 x 69.8 x 7.9 mm (5.38 x 2.75 x 0.31 in), while the device weighs at 130g. The Galaxy S IV sports a 5 inch full HD Super AMOLED display with 441 ppi. Samsung’s first device to sport a full HD display. Based on my very own experience, I can say that the display is quite impressive, the colors look perfect. Corning is Gorilla Glass 3. Whereas, Google Nexus 5 sports a 4.95 inch full HD IPS display with 445 ppi. It stands in the line with other smartphones including Galaxy S IV, HTC One and Xperia Z, Z1.  Google Nexus 5 also has Gorilla Glass 3 Corning. Samsung Galaxy S IV is powered up with Samsung’s own Exynos 5 Octa Core CPU clocked at 1.6 GHz or Qualcomm’s Snapdragon 600 Quad Core CPU clocked at 1.9 GHz with PowerVR SGX 544MP3 GPU or Adreno 320 GPU respectively. Occupying a 2 GB RAM, the phone is powered up with a massive 2600 mAh battery. At the back it has got a powerful 13 MP shooter while a 2 MP at the front. Galaxy S IV is available in 16/32/64 GB internal storage variants while there is a microSD card slot as well to expand the memory.Along with the massive improvements in the hardware department, Samsung introduced the features like Air Gesture, Air View and Smart Screen that helped the GS4 to become even more popular and take place at the top of all the smartphones.

On the other hand, Nexus 5 is powered up with Qualcomm’s Snapdragon 800 Quad Core chipset clocked at 2.26 GHz with Adreno 330 GPU. There is a 2 GB RAM and under the hood it has got a 2300 mAh battery.Nexus 5 is available with 16/32 GB of internal storage. It has got an 8 MP camera at the back which also supports Optical Image Stabilization and that is even more better than any other smartphone’s camera according to Google.  At the front it has got a 1.3 MP camera.

Where LG Nexus 5 gives a tough competition to Samsung Galaxy S IV in the hardware aspects, it lacks 300 mAh battery then the GS4 that is 2600 mAh. While the rest of the hardware is not much different as the GS4 has the lead over Nexus 5 in terms of features like Air Gesture, Air View etc.

Software is the basic things that determines the reliability of a smartphone. Out of the box, Samsung Galaxy S IV runs on Android 4.2.2 Jelly Bean, but after the recent software update the device has been shifted to Android 4.3 Jelly Bean.

Nexus 5, as mentioned above, out of the box runs on Android 4.4 KitKat that helps it to take a clear lead over the Galaxy S IV. As Nexus 5 is Google’s very own device, Google has brought up the latest software, in fact rolled out the latest version of Android packed inside the Nexus 5. LG-built Nexus 5 is the only device at the moment which runs on Android 4.4 KitKat while It may be noted that in future, Nexus 5 will be the device to get all of the latest Android updates first of all.

This is where Google Nexus 5 will definitely take lead as it offers the best things packed up inside that a user would want and that too at a very low price. Google is offering Nexus 5, the 16 GB variant for only $349 while the 32 GB variant only for $399. Whereas, the Galaxy S IV still, after 5 months of its release costs over $550.

That’s all from the short comparison we made. We would like to hear from you about these smartphones, and do tell us which one you like for yourself. Thanks All. 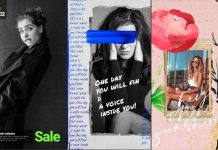