BlackBerry is making a comeback this year with a new Android-based smartphone named ‘Mercury‘. Let’s see if BlackBerry sticks with this name or gives it a new name. At the CES last month, Blackberry showed a prototype of the device which told us what we can expect from the new smartphone. With the announcement set for 25th February, Blackberry has sent out another invitation today which features BlackBerry Mercury. 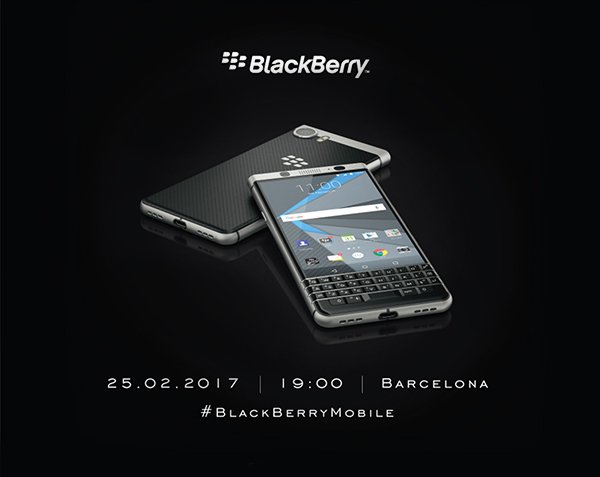 Is it a Comeback?

We love how Blackberry has gone with a basic yet impressive invitation. Instead of chugging out marketing phrases, they have kept things basic by placing the star of the show, the focus of the invitation. This also gives us a glimpse into what the device will look like even though we did see it at the CES 2017.

With BlackBerry Mercury, the company plans to get back in the smartphone industry, and to do that they have taken the best elements of what made their brand great and amalgamated it with elements required in today’s devices. The iconic QWERTY keyboard that is the hallmark of BlackBerry devices will be there and in terms of BlackBerry exclusive services, we can definitely expect something there.

In terms of specs, the BlackBerry Mercury will feature a 4.5-inch display. The smartphone will be equipped with Qualcomm Snapdragon 821 processor which is paired with a 3GB RAM. The device will feature a camera similar to the one used in Google Pixel smartphones. The featured QWERTY keyboard can also be used as a touchpad.

BlackBerry is working on making a strong come back and for that, they are partnering with different companies to outsource the hardware production, so that they can work on their Security and Services aspect of software development. By keeping things simple and working on what people loved about BlackBerry can definitely work in their favor. We cannot wait to have a look at a new BlackBerry device at the MWC.