The Internet is all about openness and one is allowed to do whatever he wants without having any restrictions. What internet has done well for the world is, it has provided opportunities to the people for exploring out big things, inventions have taken place, discoveries have been made, innovation has seen a whole new level and a lot more that can’t be ignored.

Well, everything has different aspects and it depends on the person how does he/she utilize the sources and how does he/she use the internet. We do know that sites like Youtube, Google, and other similar ones are a lot of help that adds extra to our knowledge and can be life savior in many cases.

While you may be facing such restriction by your country or specifically by your ISPs and you’re worried as the things aren’t working for you and also you’re an Android device owner and surf the internet mostly on your phone then you may stop worrying now as we already have remedy to your worry with a list of best and free working Proxy Apps for Android.

Before we have a look at the list, it’s important to know about Proxies first. Basically, it means to appear as someone else and in Internet terms, it means to change your IP address and connect to the web through another IP(Internet Protocol) address.

This access all the blocked sites easily through the new IP you’re connected from and hence results in avoiding all the restrictions implemented on your end.  You can change the IP address manually, as well as these Proxy applications help you to change it automatically to a working IP address. 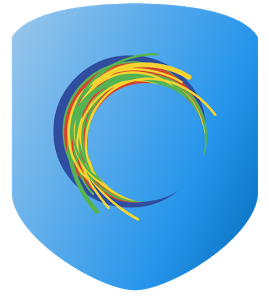 The most popular VPN application for computers, available for Android as well. Hotspot Shield can be found on a majority of the devices, the only reason is its flexibility. Hotspot Shield unblocks any blocked sites once turned on and also allows the users to access blocked social messaging apps.

It protects your identity over the web as well that helps to keep the privacy the at maximum security level. Also, Hotspot Shield has been recommended by experts. The app comes in two variants, Free and Pro one. Freeware may contain ads and some limited features while Pro is ad-free and contains some nice features. You can get it here and start surfing the web anonymously.

Not too old, Spotflux made its entry a few years ago. Making it easier for the users to access the web anonymously and being safe, the app became much popular within no time for desktop PCs.

After using it on my laptop for quite a long time, I was wishing that the app comes to Android as well and it finally knocked the Google Play Store doors last year. Spotflux also offers a nice UI that is user-friendly. Like Hotspot Shield, Spotflux also comes with free and premium variants and both have their exclusive features. Get it here on the Play Store and check it out on your Android right now.

Hideman VPN is quite different from the above 2. The app offers features of its own kind. Users can get 5 hours a week to access blocked websites and can earn extra hours by completing ad surveys inside the app. Users can also purchase hours if required. Hideman VPN is also used by a big number of users and is one of the working apps available around.

Although it provides only 5 hours a day, the quality of the app is worth using it. Similar to the above two in this aspect, it also makes the web surfing anonymous, protects your privacy, allows you use all banned websites, banned social network apps etc. You can get it here.

Another great VPN app available around to use. VPN One Click, as the name suggests is a one-click app that quickly connects you to another IP address and hides your network details. VPN One Click has its servers plugged in different countries that make the surfing more easier and secure.

The app is currently available for multiple platforms including Android, IOS, and Windows. It’s also recommended by tons of users. You can get it for your Android device from here.

Not too popular, but a nice app allowing access to restricted sites in specific regions. AppCobber is a one tap VPN application that allows the users to connect anonymously over the internet or through a server located in the U.S. This app got no bandwidth limitations, is absolutely free and easy to use.

AppCobber works on Android devices having Android 2.x +. What adds charm to the Apps usage is, the developer is user-friendly as well and has been resolving the queries on regular basis. You can get this nice application for your Android device here.