The watch series 4 has a redesigned speaker and a redesigned mic as well. The speaker is now 50% louder. The mic has moved to the side to get rid of the echo issues and better in-call audio for the recipient. The back of the Apple Watch Series 4 is made out of black ceramic crystal in order to let the radio waves pass. This will improve the cellular signal reception on the watch.

Apple has upgraded the chip in the Apple Watch Series 4. It calls the new chip the “S4”. This chip has a 64-bit dual-core processor designed by Apple. The processor is 2x faster than the previous watches.

The Apple Watch Series 4 also comes with fall detection. It can now detect when someone accidentally falls on the ground. If the fallen person remains idle for a minute, the watch automatically enters the SOS mode and ends up calling your emergency contact. 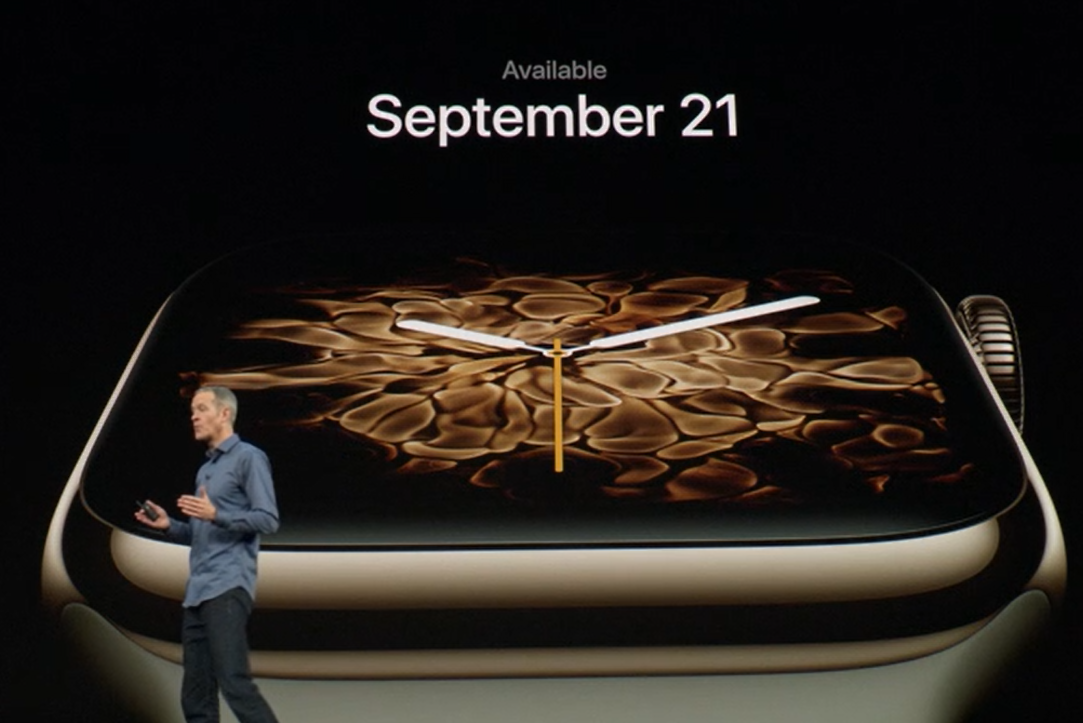 iPhone Xs is built out of surgical grade stainless steel. Apple has made it water and dust resistant with the help of IP68 certification. Apple has already tested this phone under water, inside a glass of wine, beer, and even in the orange juice.

The Apple iPhone Xs comes with a 5.8-inch Super Retina Display. This is an OLED display having a resolution of 2436 x 1126 pixels. Over 2.7 million pixels are packed inside this screen. The PPI on this new screen is 458.

The new A12 Bionic Chip

The Neural engine helps the iPhone produce realistic graphics. Apple has also added an AR Quick Look application to the new iPhone which can turn a sketch into an object quickly. The CPU and Neural Engine work together for the most advanced facial recognition. Apple calls the A12 Bionic the world’s first SoC to be built on 7 nm process. 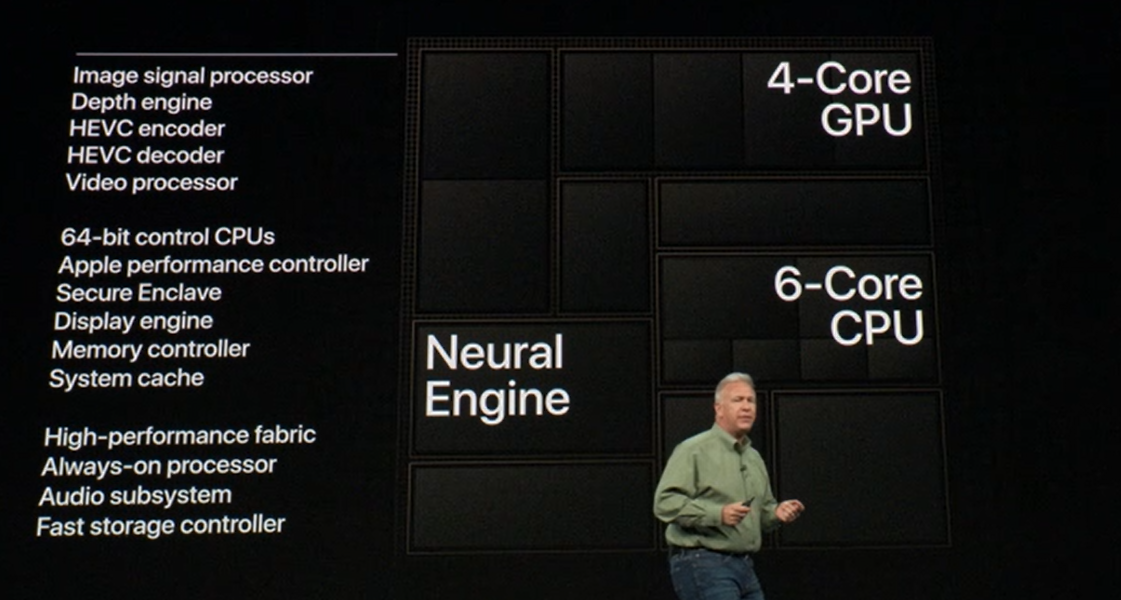 The rear camera system on the iPhone Xs has a 12MP wide-angle camera and another 12MP telephoto camera. There is an improved True Tone flash between these cameras. The 12MP telephoto camera comes with optical image stabilization. This camera has f/2.4 aperture. It’s a 6-elements lens with 2x optical zoom.

On the front, the iPhone Xs has a 7MP camera with f/2.2 aperture. This is an RGB camera and it has a faster sensor than the previous iPhone. The new cameras on the iPhone Xs are enhanced to take better Bokeh pictures. Apple showcased some really incredible pictures taken by the new iPhone Xs. There is no under-display fingerprint reader in the new iPhone. It still uses the face ID to unlock the phone. The face ID is now much more powerful with the help of the Neural engine. As far as the battery is concerned, the iPhone Xs will give you 30 minutes more battery life than the iPhone X. The iPhone Xs has stereo sound, which means you will experience better sound while using headphones, while playing games or while listening to the music. The iPhone Xs will be available in 64/256/512GB variants. It is coming out in Gold, Silver, and Space Grey colors.

The iPhone Xs Max will give the users an hour and a half more battery power than the iPhone X. This iPhone will also make its way out with 512GB of internal storage.

The cameras, SoC, and other internals of this iPhone are as same as that of the iPhone Xs. iPhone Xs Max will start at $1099.

The last iPhone to come out today was the iPhone Xr. This is the budget-friendly iPhone. The iPhone Xr is built out of 7000 series aerospace grade aluminum. Apple has added the IP67 certification to this iPhone in order to make it resistant to water and dust.

Apple has equipped this iPhone with a 6.1-inch LCD display. This display is called Liquid Retina display. The edge-to-edge screen on the iPhone Xr has a resolution of 1792 x 828 pixels and 326 PPI. The screen holds up to 1.4 million pixels. The display comes with wide color support and it’s a True Tone display.

iPhone Xr has a single 12MP shooter at the back. This is an optically stabilized camera. It has f/1.8 aperture with 6-elements lens. The camera on the front of the iPhone Xr is of 7MP.

iPhone Xr is supposed to give the users an hour and a half more battery life than the iPhone 8 Plus. The iPhone Xr makes the use of Apple’s A12 Bionic chip as well.

iPhone Xr is making its way in a wide range of colors. Apple has showcased the device in Red, Blue, White, Yellow and 2 other colors.

That’s all for now. Don’t forget to share your thoughts about the new Apple devices with us.