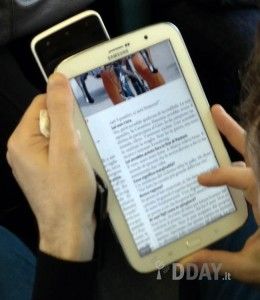 Those who are heavy users, tablets are best for them. Samsung has done a very good job with Note 8.0. This device has a number of good specs, you can get Galaxy Note 8.0 in both modules WiFi & 3G. The processor is also high-end, along with 2GB RAM.

Those who want more internal storage, they will have the option to choose from 16 Gb, 32Gb. Moreover, you can also use SD Card to extend your storage. Now I think you can say that, we might have an answer to Apple’s iPad. If you want to know more about Samsung Galaxy Note 8.0, you can read it below.

Here’s a brief info about the specifications of Galaxy Note 8.0

In order to get the complete spec sheet of Samsung Galaxy Note 8.0. Click here. How to Root and Install CWM Recovery on Samsung Galaxy Tab 3 7.0 SM-T211