Before you pick up your favorite Emulator, let me tell you a little bit about this game.

Call of Duty Mobile – Playing on a PC

Call of Duty Mobile, the much-awaited Android, and iOS game rolled out last week. It didn’t take more than a couple of days for this game to grab the title of the most popular game across the world. Call of Duty Mobile turned out to be so good that players wanted to play the game on computers instead.

Call of Duty Mobile, at first, takes you back to the good old days of Call of Duty. You will find the multiplayer mode, the frontline battles, and the deathmatch modes will remind you of everything you used to enjoy in Call of Duty. On the top of the existing modes, the game brings a whole new Battle Royale Mode.

COD Mobile brings players, maps, locations, and elements from the famous computer counterparts like the Call of Duty Modern Warfare, Black Ops, and World at War. You will find your favorite heroes in the mobile version too.

The developers have done an amazing job with the graphics and sound effects of this game. Yes, it did take a lot of time for this game to come out of alpha and beta stages, but it looks like that the wait was worth it.

The high-quality graphics and immersive gameplay have urged gamers to experience this game on computers. Playing this game on a computer is possible through an Android emulator because that will let you install the Android version of COD Mobile on the computer. When you play COD Mobile on the PC, it’s not just about enjoying the game on a bigger screen, there is a lot more to the advantage here. Let me state a few of them here.

Let me show you the best Android emulators which will let you play your favorite game on the computer.

These are the 5 best and free Android emulators that will run Call of Duty Mobile on your computer. 4 of these emulators will run on Windows 7, Windows 8, and Windows 10. For Mac, your only option is the Nox App Player.

Gameloop is the official Call of Duty Mobile Emulator. The Gameloop emulator belongs to Tencent, the same guys who were behind PUBG Mobile. Tencent is a partner of Activision, and in collaboration, they have built the Call of Duty Mobile. As soon as the game’s mobile version rolled out, the company re-released its Tencent Gaming Buddy emulator as Gameloop.

The new Gameloop came with native support for Call of Duty Mobile. If you run Gameloop right now, you will find Call of Duty Mobile on its home screen. It takes a few minutes to install the game and once you have it, you can set it up according to your own choice.

The default controls of Gameloop for COD Mobile give you an experience as good as the desktop counterpart of the previous Call of Duty games. You can use the Mouse and Keyboard for the whole game. Gameloop has its own graphics settings. If you dislike the stock look of the game, you can increase the graphics settings. The game runs smoothly in Gameloop. You can download Gameloop from here and here is the guide to install COD Mobile on PC via Gameloop.

If you are an avid fan of running Android games on a computer, you must already have an idea of BlueStacks. The decade-old emulator also runs Call of Duty Mobile on the computers. Yes, the emulator failed on day 1. It couldn’t take the game ahead of the start screen which frustrated a lot of emulator players.

After the announcement and release of Gameloop, the folks over BlueStacks decided to update their emulator and fixed the issues. As of writing this post, BlueStacks runs Call of Duty Mobile smoothly. I have already given it a try and I pretty much liked it.

BlueStacks is as good as Gameloop, but remember that it’s a resource-heavy program. If your computer does not have high-end hardware, you should not be using BlueStacks. In such a case, Gameloop should be your one and only choice. Here is how to download COD Mobile for PC via BlueStacks.

MEmu is another independent Android emulator. It originally started as a pilot project and transformed into a well-reputed product later on. MEmu has been helping players to run various games on the computer. Back in the day, it ran PUBG Mobile and its developers also introduced custom Key-mapping for the game.

MEmu has earned a lot of respect in the past few months and it looks like it’s looking to bag a little bit more of it. The player has been shown off in numerous videos with Call of Duty Mobile running on the top. You can get MEmu player from here and use the Play Store in it to install Call of Duty Mobile.

LD Player – not my personal favorite, but one of the few Android emulators that can successfully run Call of Duty Mobile. If you have run out of all the choices given above, you can use this one. LD Player has been shown off running COD Mobile as well. It also offers custom Key controls and advanced graphics settings. You can get LD Player from here. 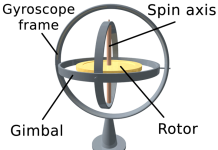