Android 10 Reasons Why You Should Root Android in 2019

We have witnessed 9 successful iterations of Android starting with Android Cupcake and having reached Android 9.0 Pie now. We have also witnessed how Android has changed the way we interact with our handheld gadgets powered up with this operating system.

It is the open nature of Android that has allowed the developers to dig deep beyond the limits and come up with something new every other day. Android’s open nature has made it possible for developers and users to collaborate to enhance the way Android works. Android definitely brought a revolution in the mobile phone world and has taken the world to a whole new level.

Smartphone giants like LG, Motorola, Samsung, HTC, Sony and now a plethora of Chinese OEMs use Android as a primary operating system in their smartphones and tablets. Android loaded on these devices in its stock form may not be pretty enjoyable, but it’s no longer difficult for users to unleash the true power of their Android handheld since we’ve got a great community of developers working hard to bring us new features, MODs, tweaks, and customizations.

Going behind the term “ROOT”

Basically, the term root is a Linux terminology. Root access to Linux allows you to get hold of your system as an administrator. Once you have this root access, you can access and modify any component of your OS. Root can be understood in a better way by keeping the example of administrator account of windows in view. Root access simply allows you to take administrative access to the entire system of your operating system. Since Android originated from Linux, the term root access followed Android as well.

The reason for putting the bloatware removal at number one is, this may be the most annoying thing that any Android user wants to get rid off. Manufacturers like Samsung, Sony, HTC push a handful of applications in their Android smartphones. These applications include manufacturer exclusive applications that these giants want the users to use in the first place. Bloatware is responsible for slowing down the performance of your phone. We have seen Samsung users always getting disappointed because of getting a laggy TouchWiz. There’s nothing that makes TouchWiz laggy, but the culprit is the default applications installed by Samsung, called bloatware. Root means freedom. Once you’re rooted, you’re free to install applications like Flashify, Flash Gordon etc. By means of such applications, you can install Custom Kernels, Custom Recoveries and even Custom ROMs. Using Custom Kernels, you can enhance the performance of your phone. Using Custom Recoveries you can flash further .zip files, backup Nandroid, wipe cache, dalvik cache and do a lot more and by flashing a custom ROM, you can enjoy a whole new OS on your phone. You can also install a custom recovery prior to rooting your device, but if you’re got your device rooted before installing a custom recovery then that’s just a plus.This can be done by using a simple root specific application known as Flashify.

Root access takes customisation to a whole new level. As we mentioned above that you can flash custom MODs to customise or tweak your system, that means you will be able to make your Android smartphone’s OS work the way you want. One of the greatest tools to modify or tweak your Android system is the Xposed Mod. Xposed Mod works for hundreds of Android smartphones. Xposed MOD’s module repository contains tons of MODs which can make you love your Android phone in just a few taps. You can go ahead and learn to install Xposed MOD on your Android Marshmallow device.

We mentioned Titanium Backup above in the root specific applications section. Titanium Backup is something that will allow you to backup each and every file of the applications installed on your phone. You don’t have to worry about the progress of your game. For instance, you’re switching to a new Android device and you want to shift the data of your played game, then Titanium Backup is what’s going to help you. There are many other applications out there that allow you to backup various partitions like IMEI, EFS, Modem of your Android smartphone. You can also backup Nandroid once you’re rooted. In short, you can backup your whole Android device. This is one of the most important things that you would want to do having enabled root access on your Android smartphone. Here are the guides to Backup Nandroid and also how to use Titanium Backup. Want to install tons of games on your Android phone but running short of storage? Well, you don’t have to worry if you have a microSD card slot on your phone. All you need to do is, you need to insert a microSD card in your phone and you can merge the internal and external storage using applications like GL to SD, Folder Mount etc. Manufactures now allow moving apps to SD cards, but this functionality may not work for some users as advertised. You will still need to mount SD card into internal storage to have the freedom of installing as many games as you want. You can go ahead and use the guide How To Move Apps, Games To SD Card On Android Using GL to SD.

vices. This feature is useful for those users who have got a great data bucket and their usage on phone isn’t enough to finish the data bucket. They can go ahead and share the internet of their bucket with their Laptops, or other phones around them. WiFi Tethering on the unlocked / international devices is not locked down or restricted. Users having international variants of devices can use this feature without any hiccups. The problem stays there for users who have carrier branded devices. Most of the carriers do not allow sharing the internet or phone with other devices. This is done in order to make sure that the users do not use a huge amount of data and stay limited. But I guess, if you’re a user with your a rooted phone, it shouldn’t be a thing to worry about for you. Users with a rooted phone can easily tether WiFi and enjoy the internet of their phone on other devices.

Just in case the current performance of your phone isn’t satisfying you, you may want to over-clock or under-clock the CPU of it. While this is something that’s highly forbidden and involves high risks, this may not stand as a prominent reason for many users to root their phone. But if you’re not afraid to go ahead and unleash the true power of your phone, you may give it a try. Here’s a complete guide on CPU over-clock and under-clocking.

9. Record Screen of your Android 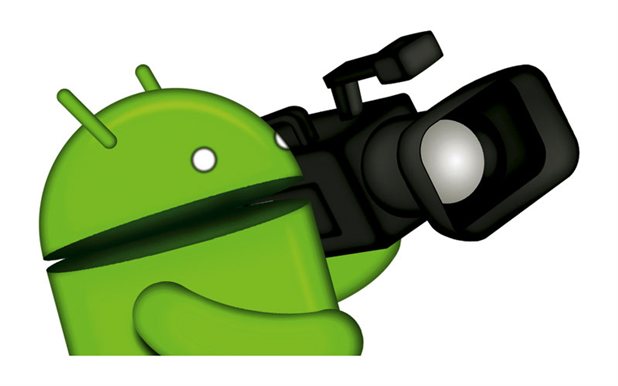 I always wanted to record a video of stuff that I do on my Android phone. After figuring out that it’s easily possible, I was pretty happy and I did try recording the screen of my Android phone. This experiment went pretty successful. All I had to do was, I had to root my phone and then get my hands on a nice screen recorder. There are many screen recording applications out there. There also may be some applications that allow recording the screen without root. Just in case you want to give a try to one of the coolest screen recording applications, you may grab Shou Screen Recorder. Shou requires root.

10. Root your Android because you can and you should!

Android brought all the freedom in the world of smartphones. We have already discussed the greatest advantages of rooting Android. Rooting your smartphone sure has many downsides as well as discussed in the disclaimer, but it shouldn’t be a big deal if you’re willing to explore the world hidden beyond the apparent boundaries of Android. There are tons of methods which have made rooting a lot more easier then it was until a few years ago. Now you only have to make a few taps and you’re done, so why not to root your phone and check out what’s in there?

You can easily root your Android smartphone or tablet using the guides published in the root section of our site.

There may be many other reasons that will be good enough to convince anyone to root their device. Our purpose was to discuss some of the basic and most popular things that you can do after rooting your Android smartphones. So, just because we haven’t mentioned many other aspects, spare us.

We hope that the reasons discussed above were good enough to convince you to root your phone. Are you convinced? Let us know through the comment box below.