Best Features 10 Exciting Galaxy Note 10 Plus Features You Won’t Find on any...

Samsung is the industry leader when it comes to smartphone displays. Not only the company manufactures great screens for its own phones, but it has also been providing displays to its competitors like Apple, Huawei, and Google as well.

Note 10 and Note 10 Plus come with a 6.3″ and 6.8″ Edge-to-Edge screen. Samsung’s Edges are the subtlest and the least notable. Incredible displays are Apple of the eye for Note 10.

Triple camera system simply gives Samsung an edge over the greatest from Apple [the iPhone XS Max]. Apple has not introduced a triple camera module on any of its iPhone(s) so far. Apple is missing out on the best camera – talking about the ultrawide, which makes everything look incredible. While Apple is yet to add a third camera sensor on its phones. Samsung has gone a step ahead and added a 4th camera. The 4th camera is a game-changer here.

Samsung has installed a 3D TOF Sensor on the Galaxy Note 10. The TOF sensor is nothing new. We have already seen it on the Huawei P30 Pro. The thing is, the 3D TOF Sensor takes photography on the Note 10 Plus to a whole new level. It helps with real-time live focus photography. By separating the subject and the background, it adds more depth to the photos and videos.

Samsung has added a 3 Audio Zoom Mic system on the Note 10 Plus. Now the mic can focus on the incoming sound and cut off the noise. Each mic focuses in its own field of view to capture the sound. The defined range allows the mic to record the least amount of noise. This is something industry-altering that we are yet to see on any other phone including Android and iOS-powered devices both.

25W, 30W, & 45W adapters have become a norm for the Android phone makers, but what is Apple doing? Apple is still stuck with its 5W charger. iPhone XS Max does support a 29W charger, but that cuts heavy on your pocket. This is where Samsung has taken the lead once again.

The South Korean company was already adding a 15W charger in its flagship handsets. Samsung has upped its game by adding a 25W charger in the Galaxy Note 10 and Note 10 Plus’s box.

Not only that, Note 10 Plus also supports 45W charging. Yes, the 45W charger is not included in the box, but believe me, its not gonna cost as you as much as Apple’s 29W charger.

Unfortunately, Apple is yet to introduce a fingerprint scanner on its phones. The iPhone XS and XS Max rely on Face ID for unlocking. I’m sure Apple will come up with a very solid fingerprint scanner to compete with the likes of Galaxy S10 and Note 10.

DeX is a feature that can transform your phone into a laptop. At first, Samsung launched a DeX station to connect the phone to a monitor. After that Samsung introduced a USB Type-C to HDMI cable to connect the phone to monitor without DeX. Samsung has improved DeX further in Note 10. Galaxy Note 10 can be connected to any laptop anywhere now. The laptop can open Note 10 in a dedicated window. Furthermore, you can drag and drop files between your laptop and your Note device.

Anything like this on the iPhone X, XS, or XS Max?

Samsung has given the smartphone industry a new direction here. Rather than going with 128GB internal storage, it has straight away opted for 256-onboard storage. We are talking about the base storage. While Apple’s iPhone XS and XS Max started at 64GB, Samsung’s S10 Plus started at 128GB and now the Note 10 at 256GB. The Note 10 Plus further goes up to 512GB, the 5G Note 10 goes up to 1TB and then there is a MicroSD card slot too. You can expand the 256 or 512GB of Note 10 Plus to 1.5TB with the help of 1TB external card.

Apple has never added an external SD card slot on any of its iPhones and it probably will never do so either.

The Note 10 Plus comes in with a 12GB RAM. The standard Note 10 comes with an 8GB RAM. On the iPhone XS Max, we had a 4GB RAM. Do you think that the upcoming iPhone will have an 8GB or 12GB of RAM? Yes, 4GB or 6GB of RAM is enough for a smartphone, but the competition doesn’t rely on what’s enough and what’s not.

S Pen, that too with Air Command

iPhones have never had, or will never have an S Pen. Samsung’s S Pen is not a plain S Pen anymore. It is super-intelligent now. Samsung has improved the Air Command feature too.

The S Pen can now switch between camera lenses through gesture control. It can change tracks on YouTube or in the music player by simply moving the pen in front of the screen. The S Pen can capture pictures too. To cut it short, it gives you extended control over your phone without touching the phone itself.

That’s all with the Galaxy Note 10 Plus’s benefits over the Apple iPhone. I hope you guys liked the best Galaxy Note 10 Plus features. If you have anything to add to the list, drop it in the comments section below. Don’t forget to drop your feedback. 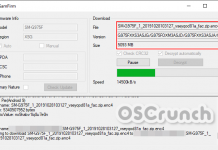