The year 2018 has remained full of Survival Games. It all started with the news of PUBG coming to the mobile gaming platforms and then it didn’t take long for the gaming studios to embed this concept into their games. Right after the announcement of PUBG for Android and iOS, we saw the games like Last Day On Earth: Survival, Rules of Survival, Survival Royale, Fortcraft, and many other such titles. Half of such titles were developed by the same company called NetEase. The guys over NetEase have been quick enough to come up with their own version of popular games. They even developed Fortcraft when the news of Fortnite for Android landed in. It looks like they now want to push this genre of games in a new direction. To do so, they have developed this new game called Cyber Hunter. 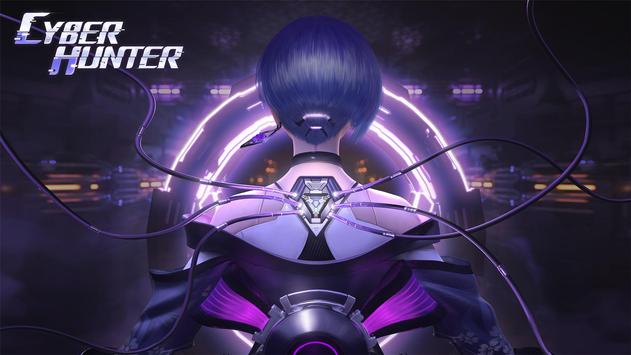 Cyber Hunter extrapolates the concept of survival games. The game is a little more than “just survival”. In this game, players have to break everything that is none of the worth, and they have to build everything that has worth. In the survival games, players always jumped off from a plane and landed somewhere safe. After this landing, they could not experience any other such jump. Cyber Hunter also gives this opportunity to the players to jump from any vertical site. Players can find any cliff, any building, or any tower. They can go all the way up in order to jump onto an area of their choice.

The area available in this game is of 6×6 KM. This area expands vertically as well which means players have not been bound to a horizontal surface anymore. They can move in any direction they want.

The weapons, vehicles, and everything else can be upgraded in this game. To upgrade the weapons, players will use Enhanced Core System. This system adds new power-ups to your weapons which results in causing more damage to your enemies. There are frozen grenades in this game which can freeze water. Cyber Hunter encompasses many other features that haven’t been seen any other game of its kind so far.

As far as the graphics are concerned, NetEase has improved a lot over the past few months. Their graphics only got better with every new game. The graphics of Cyber Hunter are totally worth playing this game on a bigger screen. If you are planning of playing Cyber Hunter for PC, you may have landed at the right spot. I am about to show you to install this game on a computer.

After installing BlueStacks 4 on the computer, you have to chose whether you want to install this game using an APK file or through the Play Store. If you want to install it through APK, you will have to download its APK first. Now you will open the APK on your computer and it will be installed via BlueStacks 4. After this, you can launch Cyber Hunter in the emulator.

To install this game through the Play Store, open BlueStacks 4 and navigate to the Play Store. In Play Store, search for “Cyber Hunter”. As the game shows up, install it and then play it once the installation comes to an end.

That’s all guys. If you have any questions regarding this guide, feel free to ask me in the comments section below.

ESPN Tournament Challenge for PC – Use free on Windows 10