LG G6 is one of the most anticipated devices that will be announced at the MWC. Well, at the rate at which the different elements of the smartphone keep leaking, we believe there wouldn’t be much left to anticipate. Earlier today we got to see case renders of LG G6 by Ringke. As the case was a protective bumper we could clearly see the details of the device. Now a new set of cases of LG G6 by the renowned case maker Spigen have popped up on Amazon.

The LG G6 that we can see in the images is very similar to the images and renders that we have come across earlier. There is a dual lens camera setup at the back and has a fingerprint scanner below it. This is one of the details that we have seen in every render and leaked image to date. Case makers do get briefed about the schematics of the device so that they have the accessories for the device prepared in time for the launch.

Spigen lineup will offer the following options: Spigen Rugged Armor, Spigen Neo Hybrid, Spigen Tough Armor, Spigen Thin Fit and Spigen Ultra Hybrid. There are variety of impressive colors and designs. LG will be announcing the LG G6 on 26th February at the MWC 2017, we will get to know at that time as to what extent were the case makers accurate. But at the rate at which LG G6 has been the burnt of leaks lately, there is a chance we may look at the finished product before the MWC 2017 announcement. 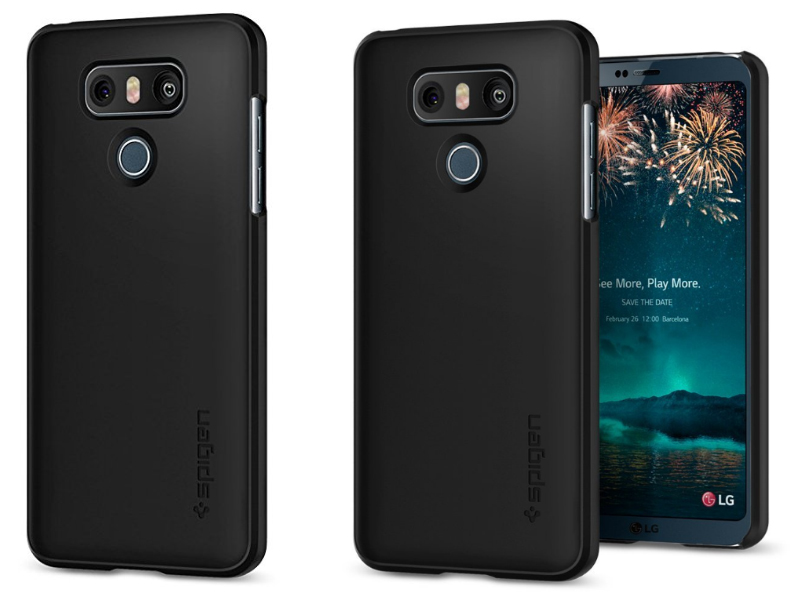