LG is all set to unveil their flagship, LG G6 on 26th February at the MWC. But the rate at which different aspects of the device are in news these days courtesy of the ‘leaks’, there wouldn’t be much left to be unveiled. Just a few days ago first we got to see a press render, then an alleged LG G6 device with a glossy black panel and then live images of a supposed LG G6 with a brushed metal design. Toady a new leak gives us an additional glimpse of what the device may end up looking like.

The leak comes to us from a set of bumper covers by Ringke. As the LG G6 is all tucked in a bumper cover, we can see the render of the device quite clearly. From those details we do get confirmation that a dual camera setup will be found at the rear of the device. The fingerprint scanner is placed below the camera setup.  At the front of the device you can have a look at minimal bezels and according to earlier reports LG will make use of an 18:9 aspect ration with a 5.7-inch display.

According to the renders seen in the images, the 3.5 mm jack is at the top of the handset and at the bottom we can see a type-C USB port. As LG has made use of a unibody design ditching last year’s modular design, there is a strong probability that the device will either come with an IP67 or IP68 certification. Whether or not the device ends up looking like the renders or the leaks, well that all will be confirmed on the day the device in announced. 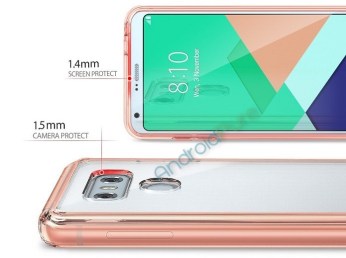 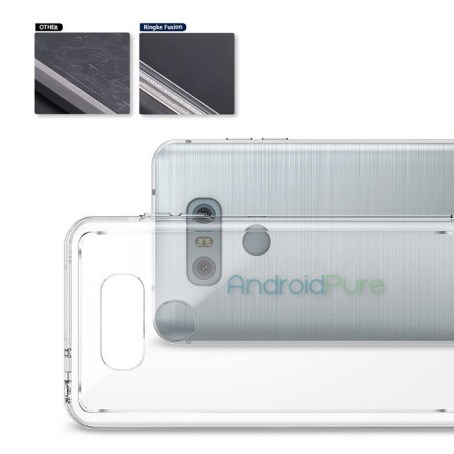