Razer Phone provided the base that the Android phone makers needed to start producing gaming smartphones. Razer’s idea was picked up by ASUS and the company brought its ASUS ROG Phone in 2018. Manufacturers like Samsung and Xiaomi started making their devices gaming-friendly. To stay in the competition, Razer announced the Razer Phone 2 with upgraded hardware. The Razer Phone 2 has been getting a jumbled response since the day of its release.

The Razer Phone 2 follows the design language of the original Razer Phone. This phone has got a 5.72-inches IGZO IPS LCD screen. The resolution on this phone is 1440 x 2560 pixels. The screen ratio is 16:9 which seems like a thing of the past now as most of the phones are coming with 18:9 or 19:9 displays.

Razer Phone 2 is powered by Qualcomm’s Snapdragon 845 SoC accompanied by Adreno 630 GPU. At the back, this phone has got a dual camera system having both the shooters of 12MP each. It has an 8MP shooter on the front. Razer Phone 2 does have a headphone jack at the bottom. It uses the USB Type-C port for charging purposes. There is a battery of 4,000 mAh in this phone. It runs on Android 8.1 Oreo out of the box. The logo at the back of the Razer Phone 2 now illuminates which looks really beautiful.

Razer Phone was impressive because it was the first ever gaming smartphone. Razer Phone 2, keeping in view how the smartphone trends have evolved, is not that impressive. The phone comes with a display of the past. It doesn’t have a battery that would suit the gamers of today’s era. There are phones like the Huawei Mate 20 Pro with 4,200 mAh battery and Huawei Mate 20 X having a 5,000 mAh battery. That was a brief overview of the Razer Phone 2, let’s get back to the wallpapers now.

Here are all the QHD wallpapers from the Razer Phone 2. These Razer Phone 2 Stock wallpapers can be applied to any Android phone and on an iPhone as well. To download your favorite wallpaper, open that image and save it to your computer. You can also save these wallpapers directly to your phone. I have also added an all-in-one file below. 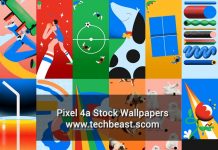 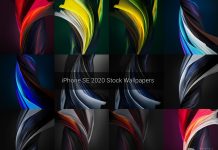 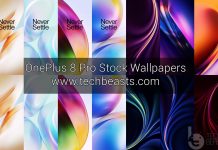