Last year when Razer released the Razer Phone, a new dimension for the smartphone industry came into being. Razer Phone introduced a whole new segment in the Android world. What the Android phone makers were not focusing on was the gaming segment. The Razer Phone opened everyone’s eyes and manufacturers started making their phones powerful enough for gaming. Asus, the company which has a successful gaming laptop lineup aka Asus ROG, launched a phone named Asus ROG Phone.

This phone was Asus’s take on the Razer Phone. The ROG Phone proved that the gaming smartphone segment is something to be taken seriously. The ROG Phone packed all the features that the Razer Phone missed. At first, the Asus ROG Phone boasted off a design that the gamers would totally fall in love with. It had the signature Asus Logo at the back which illuminates as well. The edges of the phone are classic. The phone’s back has beautiful lines going all around. Asus ROG phone came with a number of ports in order to make it easy for the gamers to attach external accessories. The phone looked like a pure beast with the top-notch specifications embedded inside.

Asus ROG Phone has a 6.0-inch 1080P AMOLED display on the front. It is protected by Gorilla Glass 6. The ROG Phone has the ROG Gaming X mode UI. It has 108.6% DCI-P3 color gamut and wide color gamut as well. The display is HDR and it is 90 Hz. This phone has 3 ultrasonic pressure sensitive zones and it does have water resistance as well.

The ROG phone is powered by Qualcomm Snapdragon 845 SoC accompanied by Adreno 630 GPU. Under the hood, it has a RAM of 8GB and the internal storage is 128GB or 512GB. There is a dual camera system at the back having a 12MP + 8MP shooter. On the front, it has an 8MP camera. The Asus ROG Phone has a 4,000 mAh battery. Although the phone was announced in June 2018, it came out just this month. The ROG Phone is now available in various markets. 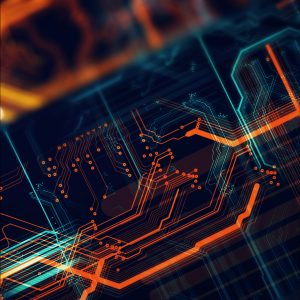 Following are the Asus ROG Phone Launcher Wallpapers. These wallpapers have a resolution of 2527 x 2527. If you want to apply these wallpapers on a device with a Full HD display, you will have to crop them according to your liking.