News Samsung rolls out invitations for their MWC event on 26th February, Galaxy...

Samsung has rolled out invitations for their MWC 2017 event which is taking place on 26th February. We already know that Samsung will not be unveiling their flagship, Galaxy S8 at the event. The tech giant in the past has made use of the MWC platform to announce their S-flagship, but after the Note 7 fiasco, they have taken some time to test all the device for any issues. Galaxy S8 will be unveiling on 29th March. With the Galaxy S-flagship out of the way, what is Samsung planning to announce at their MWC event? Samsung reportedly will be unveiling Galaxy Tab S3 at the event. 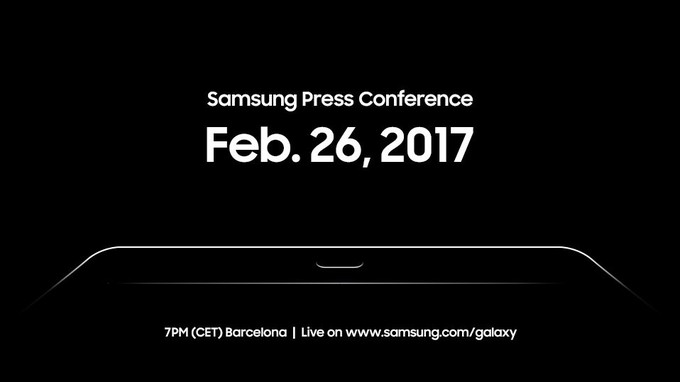 Even the invitation hints at a device and according to the drawn image, it is a tablet. Galaxy Tab S3 was supposed to be announced in the later half of last year, but due to issues occurring with Galaxy Note 7, the company scrapped it. Now for the MWC Samsung is planning to unveil a high-end tablet, rumors related to the device started circulation again last week. Now the invitation confirms that fact.

Galaxy Tab S3 will sport a 9.7-inch 2048 x 1536 display. Under the hood it will be equipped with Qualacomm Snapdragon 820 processor and a 4 GB RAM. Earlier reports also suggested that the device may use Samsung’s own Exynos 7420 chipset. The fingerprint sensor will be in the front in the home button. It will sport a 12MP main and 5MP front facing cameras. Galaxy Tab 3S will be powered by Android 7.0 Nougat and will have two variants, one will be LTE enabled and one will have Wi-Fi certification.

To date we have only heard rumors related to Galaxy Tab S3, let’s see what other surprises Samsung has in-store for us for the MWC.