Apple How to increase font and menu visibility with the darken colors option...

Frankly speaking iOS 7, is the not that good as users say it is. The white theme Apple has added in iOS 7, it’s so light that many a times I cannot read clearly and then I have to see more closely as well. But now Apple has done a splendid job and a better one, with Apple iOS 7.1 comes a lot of new and improved features including font and menu visibility, with the darken colors option. Many of you don’t know how to do so, that’s why I’ve prepared a step by step guide on how to increase  the font and menu visibility with the darken colors option in iOS 7.1. Also See: how to reduce white point in iOS 7.1

How to darken colors for better visibility in iOS 7.1:

Open your settings on your iPhone or iPod Touch. 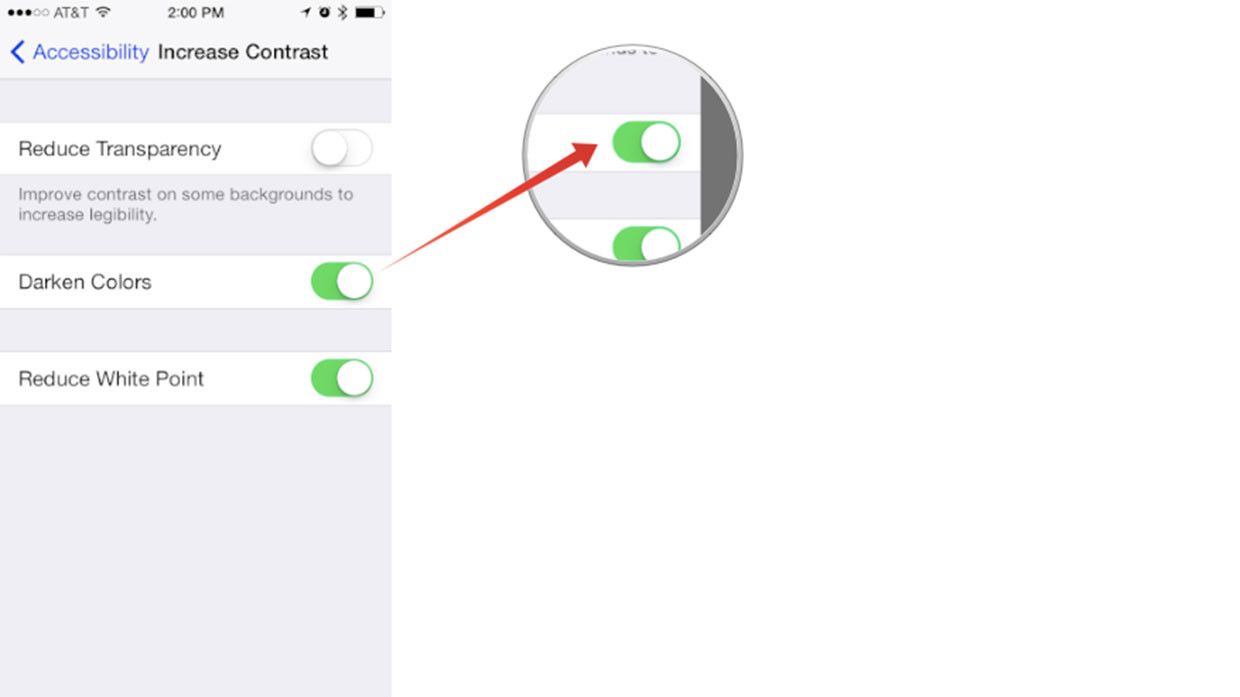