Apple has upgraded the iPhone 5S with an A7 chip having a 64 bit architecture that is accompanied by an M7  motion co-processor that supports the Accelerometer, Gyroscope and Compass. The battery associates with the M7 motion co-processor instead of directly with the A7 chip and saves power. iPhone 5S is in spotlight for its fingerprint scanner that is called ”Touch ID” by apple. Touch ID recognizes owner’s fingerprint and unlocks the device. Apple aims at making the security system easier as Apple’s lock code is not used by half of the iOS users.

To get a better idea about what’s new in the iPhone 5S, iPhone 5C and how these differ from the iPhone 5 checkout the specs comparison table below. Stay tuned with us for more news and updates. Thanks All! 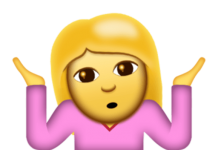