At&t’s bootloader restrictions give developers a tough time every time when a new Samsung flagship device is released under At&t’s umbrella. It took a very long time for developers to achieve root access on the Galaxy S5, Android power users had to hold themselves back from testing out the potential of their device. People who have got At&t’s Galaxy S6, they seem very lucky in this regard. At&t’s Galaxy S6 G920A has been rooted successfully without tripping the Knox counter and without voiding the warrant of the device. This great work has been done by XDA senior member idler1984, who brought up his PINGPONG Root Tool that roots almost all variants of the Galaxy S6 & S6 Edge.

At&t Galaxy S6 users, who have been eagerly waiting for this milestone to be achieved, they can now root their device in just one tap and checkout the potential of their mighty Galaxy S6. Once you’ve rooted your device, you can make performance enhancements according to your liking. If you’re wondering how you can do this, you may scroll a little bit down and find out the method to root your At&t Galaxy S6 G920A without hurting the Knox counter and keeping the warranty safe and sound. 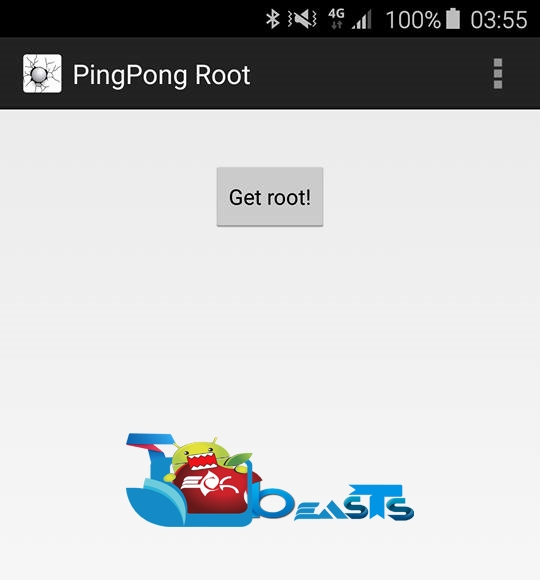 What is Knox Counter?

Knox Counter is Samsung’s security service implemented in Samsung Galaxy devices. Knox components activated within the device do not let the root applications to work properly, while the Knox counter implemented on the bootloader of Samsung Galaxy device records the number of custom installations. Default value for Knox counter is 0, after voiding it becomes 0x1. Flashing any custom recovery or CF-Autoroot through Odin trips the Knox counter and users are not eligible for claiming the warranty of their device anymore. Samsung introduced Knox counter with the Galaxy Note 3. Thefeature made its way to other devices with software updates later on.

Rooting your phone gives you complete access over all the data which is apparently locked by the manufacturers or carriers. This includes removal of the factory restrictions and making changes to the internal system and the operating system. Gaining the root access gives you the privileges to install various applications to enhance the performance of your device, allows you to remove the built-in applications/programs, helps you to upgrade the battery life of your device & install the apps which require the root access for the proper functionality and modify your device in so many other ways e.g using mods and custom roms.