Alcatel Fantastic Four lineup by Alcatel at the MWC 2017

The Mobile World Congress isn’t just about high-end flagships, with the latest specs and nifty new features set to beat their competitors, the show caters to every category of smartphone from a $50 Nokia 3310 (announced yesterday) to a $800 LG G6. Variety is the spice and this is what Alcatel with their lineup brought to the event. Alcatel earlier today announce 3 new smartphones: A5 LED, A3, U3 and a Windows 10 tablet Plus 12.

There is no doubt that Alactel A5 LED is one of the most exciting and unique smartphones announced that the MWC so far. What is exciting is Alcatel’s take on the modular smartphone concept. It has a unique LED panel,  which lighst up and can be customized for different contacts and different notifications. Alactel has worked on developing its own modular hardware echo system that helps you control and customize how this works. You can even sync the back panel with you music list and the lights will blink with the beat of the music.

In terms of specs the Alcatel A5 LED features a 5.2 inch IPS LED display with a 720 x 1280 p resolution. Under the hood the device is powered by MediaTek’s MT6753 along with Mali-T720 GPU. You will find a 2 GB RAM and 16GB of native storage which can be extended via the microSD card. The device will feature an 8-megapixel main camera with a dual LED flash which can record a 1080p video and a 5-megapixel front facing camera with a single LED flash. The smartphone runs Android 6.0 Marshmallow and is owered by a 2800 mAh battery. Though not as exciting as the Alcatel A5 LED, this smartphone is for users looking for a no-nonsense budge smartphone. Alcatel A3 sports a 5-inch IPS LCD display with a 720 x 1280p resolution. The device is powered by MediaTek MT6737 chipset paired with Mali-T720 GPU, paired with a 1.5 GB RAM. With companies pushing goos specs in their budget smartphones, the RAM capacity should be given some thought. In addition, A3 wil have a 16GB built-in storage that can be extended via the microSD card. The smartphone features a 13MP main camera with a single LED flash and a 5MP front facing camera. Alcatel A3 also runs Android 6.0 Marshmallow and is powered by a 2460 mAh battery. The device also has a rear finger print sensor. 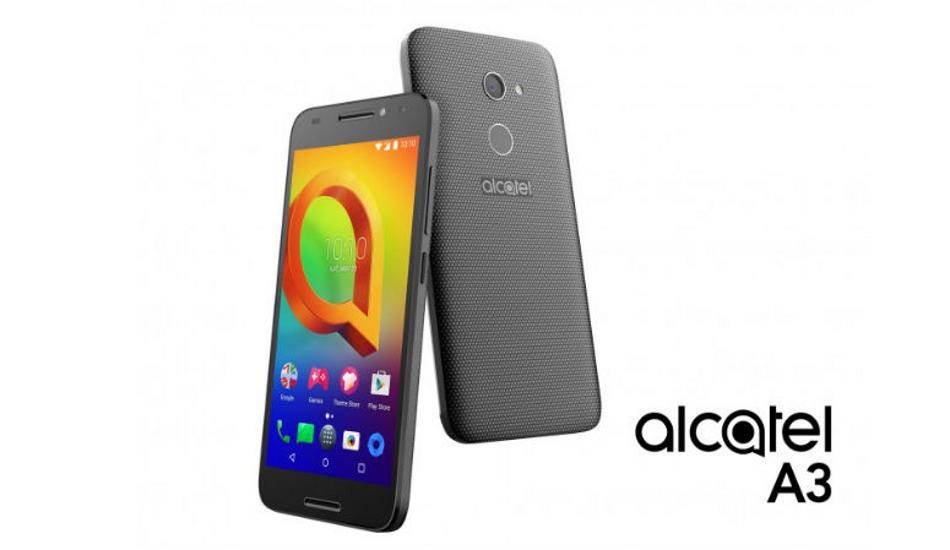 The Alcatel U3 features a 5-inch LCD display with a 48 x 845p resolution display. The device is equipped with MediaTek’s MT6737 processor along with a Mali-T720 GPU. The device will have a 1GB RAM and an 8GB of internal storage which is expandable. You will find a 5MP rear camera with an LED flash along with a 2MP selfie shooter. Alcatel U3 has a fingerprint scanner at the back. It will be powered by a 2050 mAh battery and will run Android 6.0 Marshmallow. 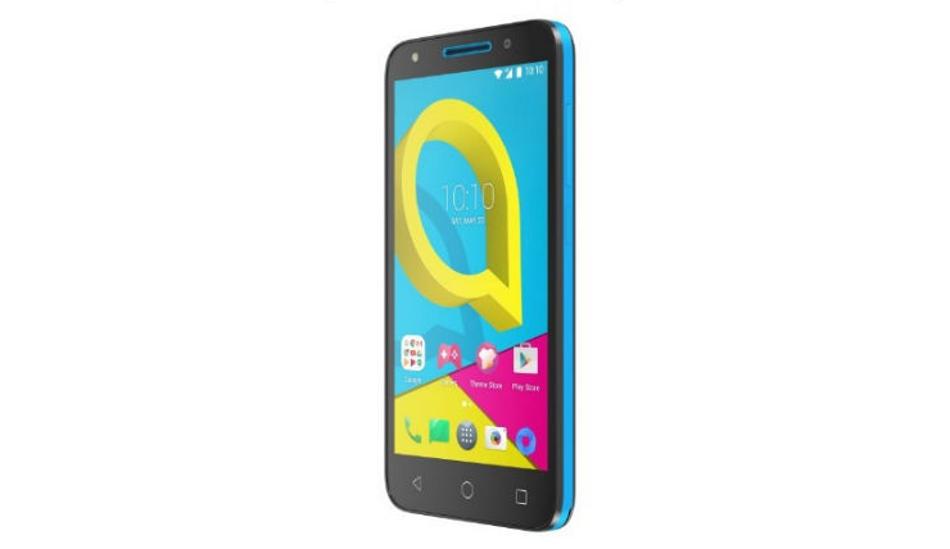 Alcatel Plus 12 is a Windows 10 powered tablet. The tablet features an 11.6-inch IPS LCD display, which comes with a 1920 x 1080 resolution display. The tablet is powered by Intel Celeron N3350 and is paired with a 4GB RAM and 64GB of internal storage which can be extended via the microSD card. A 5MP front facing camera adorns the tablet. The device also features a fingerprint scanner and  a USB type-C port. The tablet is powered by a 6900 mAh battery. Alcatel’s had a decent MWC lineup, not something that its all about pomp and show but more focused on budget conscious consumers. We do like their take on the modular smartphone concept in Alcatel A5 LED and cannot wait to see what further developments they bring with that.