Yesterday,  we heard the news form winocm and i0n1c about the successful Jailbreaking iOS 7.1.1. Today we heard the same news about iOS 7.1.1, but from a Different Hacker. Hacker Yeongjin Jang posted a 4-minute long video featuring about the Demo of Jailbreaking iOS 7.1.1. The video shows how he installed an App remotely and got the Unsigned apps to work on his iPhone 5s with iOS 7.1.1. However, he mentioned that one has to run a recovery app after a Reboot to run an Unsigned app, making this Jailbreak a non-tethered one.

Please Note, that any site claiming to have Jailbreak of iOS 7.1 or 7.1.1 is a Scam, so make sure to stay away from such sites. If there will be any Jailbreak available, it will be free and we will make sure to be the first one’s to Mention it. Till then keep coming back and stay tuned for more News and Tutorials. 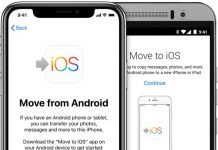