What is the Murderous Pursuits PC app?

In MURDEROUS PURSUITS, the mysterious Mr. X invites you and seven other contestants to board the flying, time-traveling ship HMCS Britannic and play a deadly game of cat and mouse. To survive, you’ll have to act like an unassuming passenger ( an NPC ) to avoid revealing yourself while locating weapons and then stalk and kill your targets. The player who racks up the most points (which are earned by killing the most players while also limiting your exposure) wins.

How the game is set-up

Players step into the shoes of a top assassin in the Victorian era, who, like many other assassins receive a secret mission from the mysterious Mr. X – attend a party aboard the Britannic and eliminate your targets. But be aware, as you seek to identify and dispatch your target amongst the passengers, you must do so while evading your own murderous hunters.

In this game of hunt and be hunted, players need to disguise themselves as NPCs and hide in the crowds to avoid enemies tracking them down and the attention of the guards while keeping a sharp lookout for their target, waiting for the perfect time to strike.

In the Murderous Pursuits for PC app, your basic goal is to kill more players than your opponents, but how you do it matters just as much. Obviously, your first challenge is figuring out which of the other characters is your target.

Murderous Pursuits for Windows only indicates whether your intended target is on the same floor as you and where their general direction is on a compass. Picking them out is much harder than it might sound because each stage is filled with countless doubles of each possible character you can play as many wandering about or busying themselves by appreciating art on the walls, talking to each other, or taking in the view.

At any moment you can blend in with them, and so can your target, but your overall goal is to figure out who you’re hunting and take them down without letting them know you’re coming for them. After each successful target elimination, you’re brought back and paired up against another player to do it all again.

At present, the game also features custom rooms, where players can invite their friends to try a variety of solo or team modes and put their friendships to the test.”

Some tips for you guys

Hide yourself in Plain Sight

Act like an unassuming passenger to avoid revealing yourself, locate high-scoring weapons. Stalk and kill your targets in a manner that befits your station as a dodgy villain.

But be aware that clumsily lingering, suddenly changing direction or running can betray your identity.

Employ a variety of abilities, including disguise, flash, and counter, to outmaneuver your adversaries and carry out your diabolical plan. You can master 5 abilities in total in the game but only two can be deployed in the game. You will have to choose wisely. The ability should suit your character otherwise you will be at a disadvantage

Take your pick from a line-up of nefarious killers – each as deadly as the next. From the cold and calculating Duchess to the wise-guy Dodger.

Keep your cool and use the busy, reactive environments to your advantage, hide in plain sight and strike with deadly timing to get the jump on your quarry.

As a ruthless killer, players need to observe patiently in the dark and wait for the perfect opportunity to assassinate. At the critical moments of life and death, players can also use a variety of abilities. These items help to enhance their strategies such as Disguise, Flash Grenades, Pie Bombs, and more

Note: These are recommended settings for the PC version of the Murderous Pursuits game. The requirements for the app might differ.

How To Install Murderous pursuits app on Windows and Mac 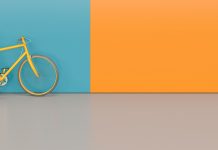 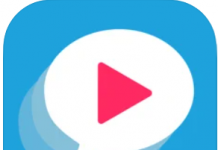