News Facebook testing out new new buttons and a new feature to cache...

Facebook is always tinkering around with different features and options through which they can make the platform even better. The company today is rolling out the Live Locations sharing feature on their Messengers app. Now the company is testing two new features: i) the Like, Comment and Share buttons are getting a design overhaul and ii) a new option in the App Settings will let users cache videos for offline viewing. 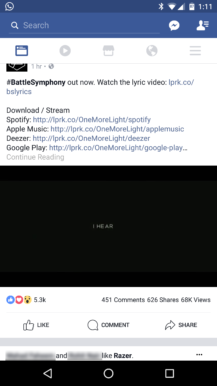 The new update comes to us by Android Police. What’s new with the redesign? The design changes aren’t that radical, but knowing users even that’s going to be a big deal. The Like, Comment and Share buttons are the same but now they are hollowed out. Taking a turn towards minimalism? 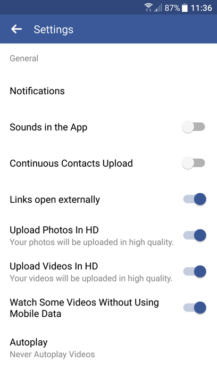 The second feature that is being tested is related to the video content on the app.  With the increased consumption of the video content on the site, the company is making changes to make the platform even more engaging. Instead of just saving links users will now be able to see videos offline as some of the videos will get cached. This option will work when users have not disabled the Autoplay feature. As Facebook is still testing this feature, you would not have this feature available to you yet.

Facebook and other companies continually test out different features, this does not mean that all the features get rolled out to the public. So, lets see if this update makes its way to us all.