Why you should install iHackOS on your iPhone and iPad. Well the first thing you should know, iHackOS is best Cydia Alternative. As I said before, iHackOS is the best alternative to Cydia. Those who want to install custom and modified apps on their iOS devices, iHackOS is one for them. Here is the thing, Apple App Store is not user-friendly like Google Play, I mean they don’t intend to allow modified tools and app.

So this is where iHackOS comes in, it allows you to download all the paid apps for free. Moreover, you can also, Install Cydia ++Tweaks, Hack Games and more. Once you have installed iHackOS, you can directly install all the modified or extended version of famous apps and games.

Being said that, you should know that after installing such type of apps using iHackOS. All of these apps will stop working, thanks to Apple security checks. But there is a catch, If the app is you have installed is Web-based, Apple won’t be able to do anything. However, if the third-party app is app-based, then you have to go through with the installation process again. After 7 days are passed.

But When it comes to iHackOS, you will be glad to know, it’s web-based and comes with the positive SSL certificates. It works the same as Cydia, so you won’t be installing it again and again after 7 days.

You need to meet the following requirements before we head to the installation process. Also, you will find the list of iOS and all the device which are compatible with iHackOS.

You can find a number of Cydia alternatives on the web. Among all of them, you will hear the names of the apps like iApps4u, Emus4u, and Hackz4iOS. All of these are similar to iHackOS, you can also install them if you want to install third-party apps on your iPhone & iPad.

As a matter of fact, I will be posting sperate post of all the Cydia alternatives. But for now, let’s work with iHackOS, those who don’t want to Jailbreak their devices but they want to install third-party apps. They should go with iHackOS.

Now before we start installing iHackOS on iPhone & iPad. There is one more thing you should know, Apple keeps an eye on all the third-party apps installed on a device and after 7 days they pull out the certificate. Thus, all of the apps installed through one profile will stop working and you have un-install them. After that, you need to repeat the process and install iHackOS again using the following instructions.

Features which are working.
* Interface is user-friendly. A layman can easily use
* You will get all the premium apps for free
* Encrypted with positive SSL certificate
* Download ++ Apps from this Store.
* All the Jailbreak tweaks and mods are available.

Step1: Open up safari on your iPhone or iPad. Type in the following Url and hit enter. This will take you to the downloading page of iHackOS for iPhone and iPad.

Step2: Once their Websites loads up, you will see the Blue install button at the center of the page. Tap on the install button to start downloading iHackOS for iPhone & iPad.

Step4: On the next step you will be presented with a warning, ignore all of them. Now Click on Install again to install the iHackOS profile on iPhone & iPad.

Step5: Now when the profile is installed, Tap on done to proceed.

Now once you are through with all this, head back to the home screen of your iPhone or iPad. You will see iHackOS icon there.

Step1: Use the following URL to download iHackOS.cf on your iPhone or iPad without Jailbreak. Don’t try to open URL on any other browser. Safari should be the one.

Step2: Once the Cydialite webpage loads up. Look at the top navigation bar, from there select the Free Apps category.

Step3: From the list of all the free apps. Tap on iHackOS. You will be taken to another page, Tap on install.

Step4: On the next screen you have to again Tap on Install Now option. Then Tap done.

That’s it. This how you can Download iHackOS For iOS 13 and Install iHackOS on iPhone/iPad without Jailbreak.

If you open iHackOS after installing it directly or using the Cydia Impactor. You may face an issue ” Untrusted Enterprise Developer “. You can easily fix it, follow the instructions provided below.

Let me know what you think. 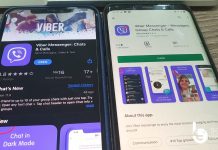 Best Apps to Make Video Call from Android to iPhone