This is the step-by-step tutorial to download Disney+ for PC. Disney lovers can install Disney+ app on their Windows 10 or macOS-powered computers.

Before you get the Disney+ for PC, I’d like to give you a brief overview of this new application.

If you are a Marvel Avengers fan, you will find all the movies from the Avengers series in the app. Of course, the other Marvel movies are also there. All Pixar and Star Wars movies are also up. The popular TV shows of National Geographic that are associated with Disney are also available in the app.

Disney+ has a good-looking interface which makes it extremely easy to find the titles. All the titles are sorted in their appropriate categories. The app streams movies in the HD and HDR resolution. If your device supports HDR10, that’s going to be a plus as well.

Disney+ also has a download feature. If you want to watch a movie later, you can download it to save the hassle of live streaming at that time.

I personally tested the Disney+ on my Galaxy S10 Plus and I was impressed by this application. At first, it did give me some errors but those were due to the load on the Disney+ servers. The app worked fine afterward. Seamless streaming enhances the viewing experience.

Another thing to keep in mind is that Disney+ is not as expensive as Netflix. It’s a little bit expensive as compared to the Prime Video but falls in between Netflix and Prime.

The content directory of Disney+ is not huge at the moment. That’s probably because it is featuring titles from a few select makers only. I hope to see Disney+ adding content from non-animation content makers too.

If Disney+ fails to appear in the Play Store at your end, you will either have to wait for its release in your region, or you can get the Disney+ APK from here and install it manually. If you have any questions or queries regarding this guide or the Disney+ app, feel free to use the comment section below. I will try my best to get back to you as soon as possible. 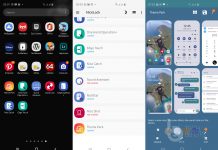