Creative Destruction is a new hot game nowadays. The game comes from ZuoMasterDeveloper. For the past few weeks, Creative Destruction has been successful in attracting millions of players. The concept of this game is exactly as its name suggests. It’s a sandbox survival game. You have to destroy every single thing that you find around.

The game involved continuous building and demolition of buildings. Everything in this game is destructible. Players have to keep their tools ready all the time in order to hit anything that they find. Since this game is a sandbox survival game, the concept also requires the players to become the last man standing while the world in this game is coming to an end. Initially, the players will make their way to a 4*4 km map which has 13 different locations. Players are given a basic destructor. There are over 100 different players on the field.

Players may build something that they can hide themselves in, however, they have to break all anything constructed by the other 100 players. An option to acquire a gun is also there. Once players have got a gun, the game will switch to FPS mode giving you an opportunity to shoot down the enemies.

Having enemies on the land is not the only challenge you have. A storm is incoming. If you do not finish your task in time, you will be hit by a snowstorm that will wipe off your identity. If you find yourself lacking, you can form alliances with some other players to finish the game before you run out of time.

The battle in wonderland awaits you. Pull out the beast that you have been hiding inside for long. Go ahead to do something that will make the history remember you. Creative Destruction offers high-quality graphics. The game comes for free. Primarily, this game is built for the Android ecosystem. The popularity of Creative Destruction has urged gamers to play this game on computers. If you are one of the users looking for a method to play Creative Destruction on PC, you have landed in the right place.

Creative Destruction for PC – How to install on Windows

Creative Destruction for PC – How to install on Mac 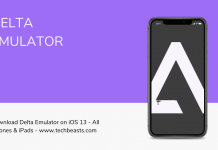 How to convert videos using FFMPEG for free