We got to see some amazing smartphones at the Mobile World Congress with different brands vying for the spotlight. Most companies wait for the MWC to announce their flagships for the year or in some cases the first flagship for the year. The trade show provides a great platform for companies to show off their latest products and exemplify how ahead they are of the competition. This time around LG, Sony and Huawei announced their flagship devices at the event. Samsung’s absence was duly noted and all three did their best to snag the limelight. Let’s have a look at what these flagship device offer and how do they fare in terms of specs and features offered.

The three smartphones have different design philosophy with different elements that make them stand out. LG this time around with G6 have ditched the modular formula that they used with LG G5. Looking at the sales figures, this concept was not popular with the consumers. So, this time around the company decided to use a streamlined design with minimal bezels. The resulting product is beautiful device with rounded edges and slim bezels. Along with that the unibody metal design gives LG G6, IP68 rating. 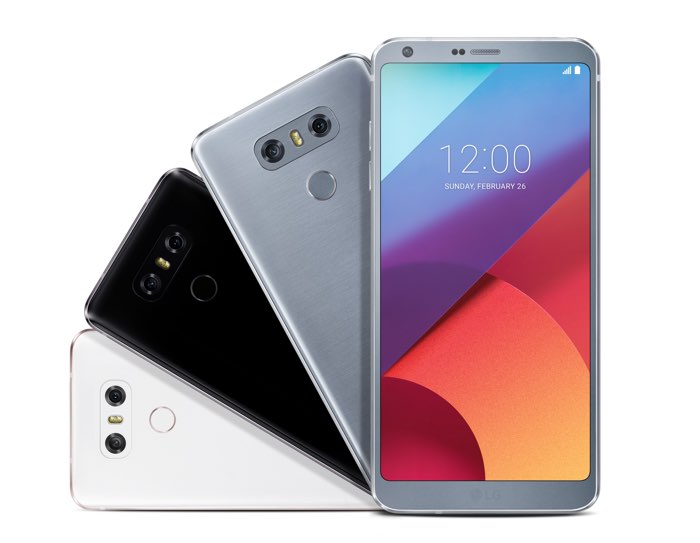 Huawei P10 Plus does resemble P9 but the aluminum glass build with its spectacular color lineup does stand out. The company has worked on  providing users with a unique colors. They have collaborated with Pantone Color Institute to crate the Dazzling Blue and Greenery color.  The rest of the colors offered are Ceramic White, Dazzling Gold, Graphite Black, Mystic Silver and Rose Gold. There is something for everyone. Sony in terms of design didn’t offer anything new this time around. Well we believe the experimenting with design features is quite important, that is something that Sony with their Xperia devices aren’t offering consumers. Even though Sony’s streamlined design is good, but to stay relevant in today’s market which is pushing sleek devices with minimal bezels, the current flagship has large bezels and is the heaviest out of the three.

All three smartphones make use of different chipsets. LG G6 and Xperia XZ Premium make use of a Qualcomm chipset and Huawei HiSilicon chipset. Out of the three, Xperia XZ Premium makes use of the latest chipset, Snapdagon 835. This chipset has been produced using the 10nm fabrication process making the it 20% more energy efficient and provides faster processing. This 64-bit chipset would provide great results. This chipset is paired with  4GB RAM and 64GB internal memory that can be extended. The smartphone is powered by a 3,230 mAh battery, this is the lowest battery power out the three flagships. With a 4K display this may seem inadequate but Sony would definitely have worked on optimizing the battery. LG makes use of Snapdragon 821, which came out last year. LG did not make use of Snapdragon 835 as the yeild rates for the 10nm chipsets are low and Samsung had gotten hold of the earlier supply for their flagship. Well it may seem that using an old chipset would put LG at a disadvantage. Along with that it offers 4GB RAM and 32 GB of base storage, whereas others are offering 64GB in comparison. LG G6 is powered by a non-removable 3,300mAh battery.

Huawei P10 Plus packs a punch in this category. Huawei makes use of its own processor ad that makes it easier for the company to optimize the chipset for their devices. P1O Plus is equipped with an octa-core Kirin 960 processor which is paired with the Mali-G71 GPU. This chipset is not produced using the 10nm fabrication process and that would not make it energy efficient, to tackle that the company has equipped P10 Plus with a whooping 3,750 mAh battery. In terms of storage, again Huawei takes the lead as the flagship offers both a 4GB and  6GB RAM variant. With other companies just sticking to 4GB RAM, other companies are amping thing up with a 6GB RAM. Same goes with internal storage, P10 Plus offers both a 64GB and a 128GB native storage option which can be extended via the microSD card.

Camera is one of the main features that is on top of the list while selecting  a smartphone, all three companies with their respective camera tech have ensured that they give users the best available. There is some serious competition in this category.

Dual cameras along with AI assistants are the buzzword of the year. Both LG G6 and Huawei P10 Plus make use of a dual camera setup. LG makes use of a two 13MP camera sensors at the rear. This provides for a 125-degree angle and allows users to have wide view pictures. The camera features have been amped with software quirks like the Square feature which allows you to to both frame images and preview them at the same time, along with the wide angle shot.

Huawei’s focus for their P-flagship is photography. They want to give users the ultimate photography experience and with Huawei P10 Plus they have done the same. The smartphone makes use of Lecia optics dual camera setup. The smartphone features a 20MP monochrome sensor and a 12MP full-color sensor. It is the software which is most note worthy as the company has tweaked the software to provide for an improved Portrait mode. You can also find a 8MP Lecia selfie shooter. 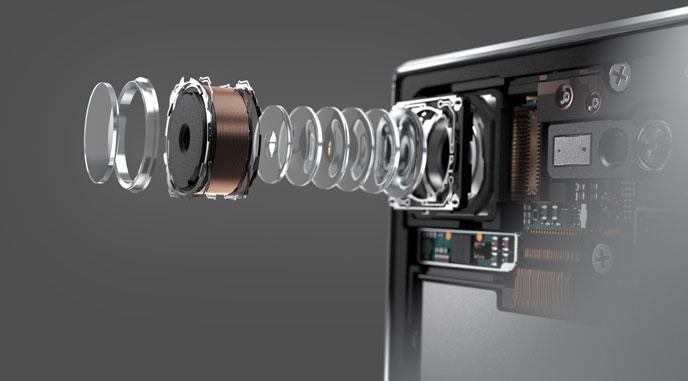 In the camera department, Sony Xperia XZ Premium takes the lead. Sony always equips its smartphones with the best camera and with their flagship for the year they again impressed. The smartphone features a 19MP main camera with a new sensor which allows you to take super slow motion (960 fps) videos, this has some nice possibilities. Along with that you will be able to capture 4K videos which along with the 4K display will look stunning. You will also find a 13MP front facing camera at the flagship.
Companies no doubt have done an amazing job and all three excel in different categories, where LG G6 trumps in solid design and having the Google Assistant on board, Sony Xperia XZ does it with its camera and processor. With the year off to an amazing start we cannot wait to see what the rest of the brands have instore for us.