Android Android M Announced, Here’s What You Need To Know

At Google I/O 2015 today, Google pulled the curtains off form the latest iteration of Android codenamed as Android M. During the last week, Android M made a number of rounds in the rumor mills, Google just brought all the rumors to an end today at the developer conference. With the release of Android M, Google aims to go back to the basics as said by Sundar Pichai (Senior VP Google). Android Lollipop focused more on the interface by means of Material Design, but Android M will focus on stability, performance and usability of the software. Google didn’t hint at the Android M name or version number, but gave us a handful of information about what the Android M will bring. Another cool addition in the Android M is the in-built app linking system, which also known as “intent”. For example if you have clicked a Facebook, DropBox, Google Plus or Twitter link in a web page, your Android will prompt you to select the application using which you want to open that certain link. It will either ask you to open that link using a browser, or using that particular application that link is from. In Android M, this has been changed. Android M will no longer ask you to choose from a list of applications. If you’ve clicked a Facebook link, it will open it in Facebook application. If you have clicked a DropBox link, it will open it up in the DropBox application.

When Android Lollipop came out, users had severe battery issues which added to dislikes of Android Lollipop. Google seems to have taken a serious notice of this issue and bring the fixes in Android M. Android M will offer the users a much better battery management and a much longer battery backup. A feature named “Doze” is implemented in Android M, that works on motion detection. It basically detects which application is in use and which is not, and shuts down the in-active applications or background process immediately. 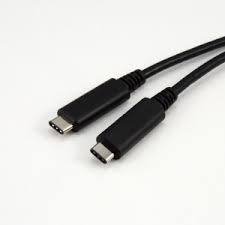 For faster charging, Android M will bring native USB Type C support. With the help of USB Type-C connectors, you can plug in a cable in any direction. You can even charge another Android device using your Android device.

According to Google’s vice president of engineering Dave Burke, Google has added a number of features to the core of Android, which were folded into the Android OS by different device manufacturers.

Android will make its way to the public later this year. Android M’s developer preview is already available for Nexus 5, 6, 9 and Nexus Player. If you own of these devices, go ahead and install the developer preview right away. Don’t forget to tell us what do you think about the latest iteration of Android.